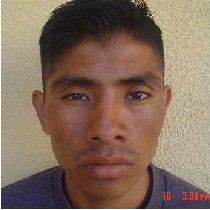 SANTA BARBARA, Calif. -- An arrest warrant has been issued for a Southern California man with a contagious case of drug-resistant tuberculosis, CBS Los Angeles reports.

He is believed to be in the Santa Barbara area but officials don't know where.

While tuberculosis can be cured with treatment, people like Zeferino with drug-resistant cases are required to continue taking medication for 18 to 24 months. Early discontinuation of treatment ordered by a health official is a misdemeanor in California, according to the Santa Barbara Police Department.

Drug-resistant tuberculosis is a highly contagious and rare form of the disease that can be spread by coughing or sneezing. The department says Zeferino poses a serious health risk to anyone who comes in contact with him.

Drug-resistant tuberculosis can be life-threatening and is difficult to treat, but is curable.

Anyone with information on Zeferino is asked to call 911 and avoid close contact with the patient.