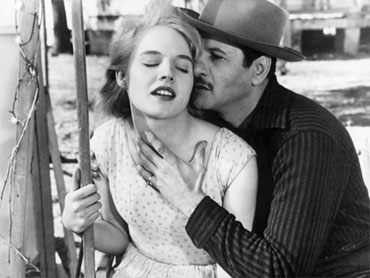 The 911 dispatcher heard only the thud of a telephone hitting the wall and the sound of a gunshot — and when police arrived at the sprawling ranch home, they discovered six bodies.

David McGowan, an investigator for the district attorney's office, was found dead Tuesday along with five other people, including his three children, who were all shot to death in their beds in the middle of the night, authorities said.

A handgun was found near McGowan's body and two more in the kitchen. Detectives had not determined a motive, but they were not ruling out a murder-suicide.

McGowan, who turned 44 last week, was found with a gunshot wound to the head near the home's entrance, officials said.

"The beds were undisturbed. The house itself was undisturbed. It did not appear that the house had been ransacked," Sheriff Bob Doyle said. "We are not at this time looking for a suspect."

McGowan's 14-year-old son, Chase, and daughters Paige, 10, and Rayne, 8, were found in beds throughout the house, all shot in the head. Also killed were his 42-year-old wife, Karen, and her mother, authorities said.

The Los Angeles Times reports that classmates of the children said that the McGowans had a fourth son who had graduated from high school in 2001 and was serving in Iraq.

The sheriff said someone called 911 from the house at 4:33 a.m. A dispatcher did not hear any voices on the line, but identified the sounds of the phone hitting the wall and a gunshot.

The remote, mountainous area about 100 miles southeast of Los Angeles is well-known for its horse ranches, nestled among rolling meadows and tall pines. Public records show the McGowans bought the 4½-acre property and 3,331-square-foot ranch house for $425,000 in 2000.

Neighbors were shocked by the scene unfolding nearby.

At the school, where the McGowan children were in the second, fourth and eighth grades, administrators sent a note home to parents informing them of the deaths, reports the Los Angeles Times.

"We will miss the children greatly," part of the note read. "Your children should know that the Riverside County Sheriff's Department is actively investigating and that they have no need to worry."

"It's just really quiet here," said David Merriman, whose parents live about a mile from the McGowans. "A lot could happen right next door and you wouldn't even know it."

"Everyone I've talked to that knows them says there is no way, that's not even a possibility" that this is a murder-suicide, resident Drew Pilatte told the Times. "It just breaks my heart."

"We're a very high-end horse community and mountain community. Lots of wealth, lots of people who moved from the rat race of L.A.," said resident Karen Price in an interview with paper. "We're still kind of in shock…. I mean, we don't lock our doors, and we have $2-million homes. This can't happen here."

McGowan was a five-year veteran of the Riverside County district attorney's office and previously worked as a detective with the Cathedral City Police Department.

"This is a shock to our office; a tragedy for the family and the employees of the district attorney's office," Riverside County district attorney's spokeswoman Ingrid Wyatt said. "The investigators who are here have lost a friend. They're watching the Sheriff's Department investigate one of their own, and three kids are dead. It's been a very tough day."

Pat Whittle, an accounts manager for the Garner Valley Homeowner's Association who has known McGowan for 10 years, called him a "wonderful" person.

Karen McGowan had worked as a firefighter in Cathedral City before quitting to raise the couple's children, the Times reports. She was often seen working on the couple's property, doing cement and electrical work, and had spent the last two summers cutting down beetle-infested pine trees for neighbors who could not afford to remove the fire hazards.

"She was tough," said Whittle. "She had a little side business cutting trees — think she called it Sawbucks."