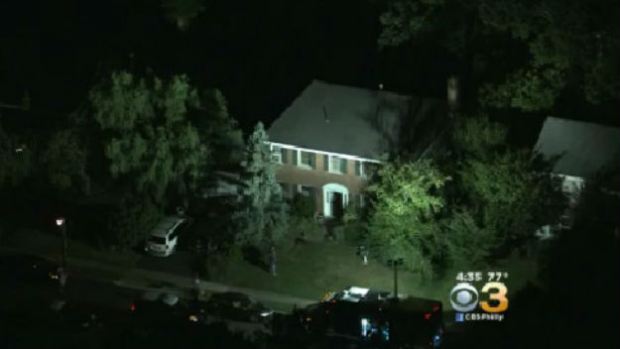 MIDDLETOWN TOWNSHIP, Pa. - A Pennsylvania man was arrested on Tuesday after police say that he fatally stabbed his father with a sword during an argument, reports CBS Philly.

According to the station, June Goodrich called 911 late Tuesday afternoon from her home in Langhorne and told dispatchers her son, 26-year-old Eli Goodrich, had just stabbed her husband, 74-year-old Alan Goodrich.

June Goodrich walked into the room where the pair was arguing and saw her husband had been stabbed with a sword, according to Bucks County Prosecution Chief Matt Weintraub.

"And her son was standing next to her husband and said quote 'don't worry, mom, it's a fake sword. It collapses,'" Weintraub told the station. "He then pulled the sword from his father's body and his mother saw that the blade was covered in blood."

The motive is unclear, but officials told the station that Eli had told his father: "you're not going to control my mind anymore" and "I have to kill you."