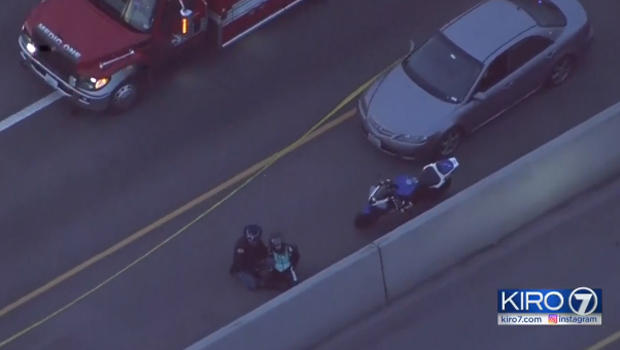 MILTON, Wash. - Authorities say a motorcyclist fatally shot a 60-year-old man after she became involved with a road rage dispute with him on Interstate 5 south of Seattle.

Bova told The News Tribune that the 23-year-old motorcyclist and man in a car stopped in the left lane of the freeway after a dispute on the road.

Witnesses told responding troopers that the incident became physical and ended when the woman who had been riding the motorcycle shot the driver. Witnesses told CBS affiliate KIRO they saw the man hit the woman before the fatal shot.

Troopers with the Washington State Patrol told KIRO that the woman was later released. No charges have been filed and the case is still under investigation. Bova says the woman is cooperating with investigators.

No further information was immediately available.