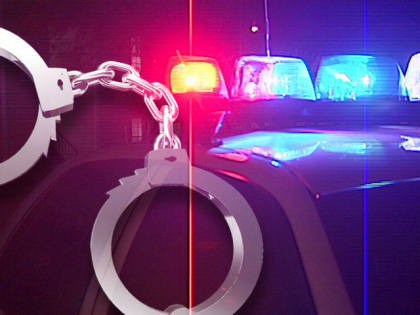 KERR COUNTY, Texas - A woman was arrested and charged with child endangerment after allegedly leaving her two young daughters in her car overnight, ultimately leading to their deaths, reports CBS affiliate KENS.

According to a news release from Kerr County Sheriff Rusty Hierholzer, 19-year-old Amanda Hawkins is charged with two counts of endangering a child. However, police said the charges could be upgraded due to the girls' deaths.

The sheriff's office says that the investigation began after Hawkins and an unidentified 16-year-old male showed up at Peterson Regional Medical Center with her two children, 1-year-old Brynn Hawkins and 2-year-old Addyson Overgard-Eddy.

The little girls were allegedly in grave condition and were transported to University Hospital in San Antonio.

Hawkins told hospital personnel that she, the girls, the 16-year-old had been at Flat Rock Lake. She said they had been "smelling flowers" in that area, and that the girls "collapsed" as they were getting ready to leave.

But the sheriff's office said that after investigating, they determined that the girls had actually been left in their mother's car for more than 15 hours while "she and other friends were inside a residence."

After discovering the girls, the sheriff's office said Hawkins attempted to bathe them and did not immediately take them to a hospital for fear of "getting in trouble."

Both girls died around 5 p.m. Thursday.

"This is by far the most horrific case of child endangerment that I have seen in the 37 years that I have been in law enforcement," Hierholzer said in a statement.