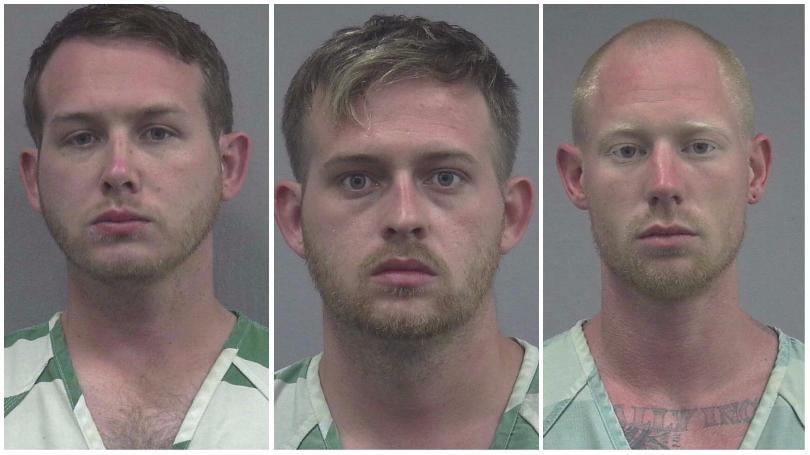 Tenbrink, who police say admitted to firing the shot, is also charged with possession of a firearm by a convicted felon.

Police say the incident happened about 5:30 p.m., about an hour after Spencer's speech, which had attracted thousands of protesters, ended. Police say the victims were at a bus stop not far from the event, when a Jeep with four men inside pulled up and started yelling at them.

A report released Friday says one of the victims hit the Jeep's rear window with a baton. Police say the Jeep drove about 10 feet and stopped. The report says both Colton and William Fears threatened to kill the victims and told Tenbrink to shoot.

They say Tenbrink fired one shot, hitting the building behind the victim.

Police say that one of the victims was able to get the Jeep's license plate number and later that evening an off-duty sheriff's deputy pulled the car over about 20 miles north of Gainesville.

Police say at least two of the men have connections to extremist groups but didn't immediately identify which ones.