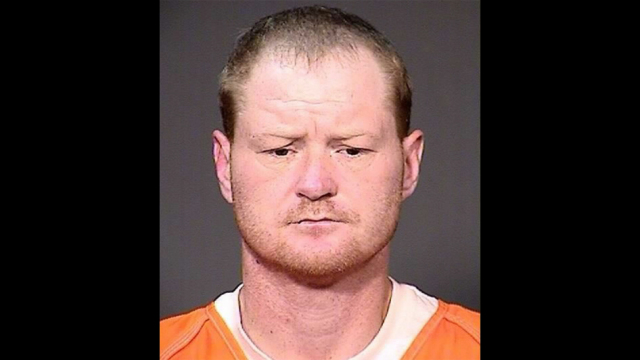 MINNEAPOLIS -- A northern Minnesota man faces a murder charge for allegedly beating and decapitating a man he believed raped his girlfriend.

According to a criminal complaint, Joseph Christen Thoresen on June 21 beat David Haiman with a baseball bat, stabbed him, then used a machete to decapitate him as Haiman was groaning on the ground. Thoresen then dragged Haiman's torso and threw his head into the woods, the complaint says.

The girlfriend told police that the group had smoked meth before the attack, the complaint said.

Thoresen, 35, made his initial appearance Wednesday on a murder charge in Itasca County District Court and remained in custody. Online court records do not list an attorney to comment on his behalf.

Haiman, 20, of Hibbing, had been reported missing Saturday after he didn't show up for work and hadn't been seen for five days, the complaint said. His torso and head were found Sunday.

According to the complaint, Thoresen's girlfriend told police that when she learned Haiman was coming to the couple's Grand Rapids apartment, she became upset and told Thoresen that Haiman had sexually assaulted her.

When Haiman arrived, the girlfriend tied him up and punched him, breaking his nose. She untied him, then Thoresen punched him repeatedly and told him that he should not have raped "my girl," reports CBS Minnesota.

The girlfriend told police that the group left in Haiman's car and drove to Deer River to "smoke some bud." They also drove to Ball Club and smoked meth, the complaint said.

The girlfriend told authorities they drove into the woods and Thoresen and Haiman argued about car trouble. Thoresen allegedly told another acquaintance that he had Haiman check the oil, then he hit him in the head with a baseball bat and stabbed him, the complaint said.

The girlfriend told authorities she tried to stop Thoresen but he took a large knife from Haiman's belt loop and cut off Haiman's head.

Thoresen was arrested June 24 after a traffic stop and later released, reports CBS Minnesota. The driver of the vehicle, who was also arrested after fleeing, told police Thoresen had told him he had killed the owner of the car, police say.

After authorities learned the car's owner had been reported missing, they arrested Thoresen June 26 at his Grand Rapids apartment. Officials say he initially denied having any contact with Haiman, but officials uncovered a text conversation between the two on Thoresen's phone.

If convicted, Thoresen faces up to 40 years in prison, the station reports.