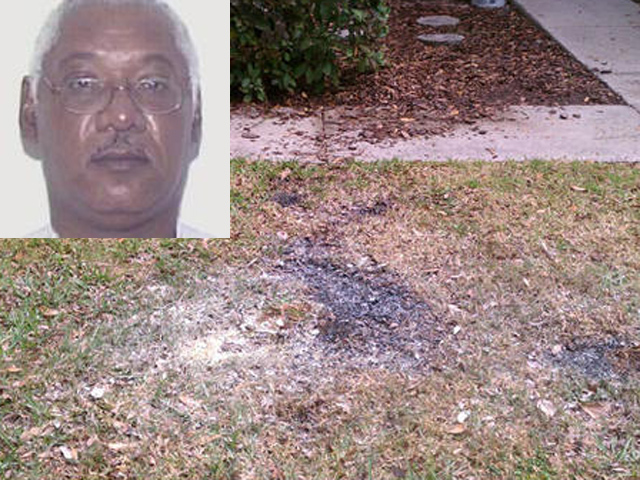 (CBS/AP) TAMPA, Fla. - Deputies in Tampa say a man was critically burned when he tried to set his estranged wife on fire.

The Hillsborough County Sheriff's Office said it happened Monday morning at 47-year-old Gloria Davis' apartment. Deputies say 50-year-old Matthew Wong came to the apartment with the intention of setting her on fire.

The two have been separated since October.

According to CBS affiliate WTSP, detectives say Wong had apparently planned to ambush Davis. But when she spotted Wong, she immediately began to run while screaming for help.

A report said Wong chased his estranged wife and tried to splash gasoline on her from two bleach bottles. Instead, he got the gas all over himself.

She escaped into an apartment, and he poured gas on the entryway. When he lit it, fire blew back and engulfed him. Residents used a blanket and fire extinguishers to put out the flames.

He was in critical condition at a hospital.