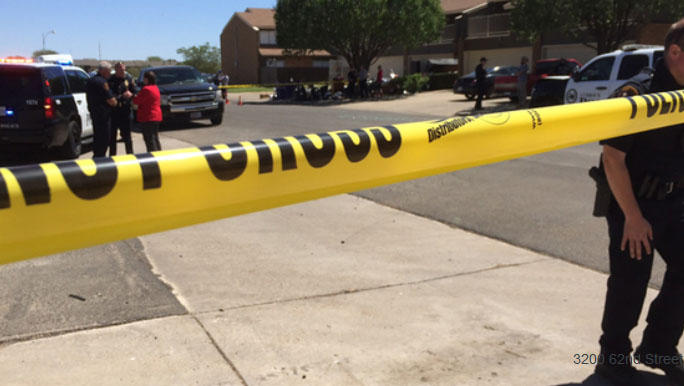 LUBBOCK, Texas -- Three Texas police officers were injured Thursday, one seriously, when a fleeing suspect backed into them with his SUV, reports CBS affiliate KLBK.

The incident happened just after 1 p.m. in Lubbock. The three officers along with a Lubbock County constable were attempting to evict a couple from their apartment when the man being evicted got in his SUV and tried to leave. That’s when he ran over the three officers, police tell the station.

One of the officers was able to safely get a child out of the car before the suspect fled, the station reports.

One officer suffered serious injuries, one suffered moderate injuries and another suffered minor injuries, the station reports. Police fired shots at the fleeing SUV, but the suspect got away. Investigators later found the vehicle abandoned and are still on the lookout for the suspect.