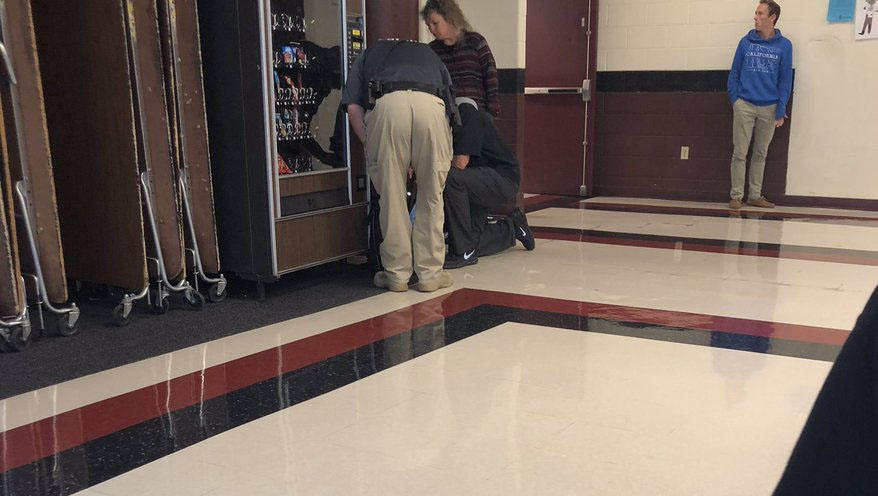 St. George police say the student, who isn't being identified because he is a juvenile, planted a homemade explosive inside a backpack and attempted to detonate it in the hallway of Pine View High School in St. George Monday. They're crediting an alert student who reported the bag to authorities with thwarting the plot.

The school reportedly evacuated more than 1,000 students and staff and a bomb squad successfully disarmed the device, which police say would have caused significant injury or death had it exploded.

Student Jack Whalen told KUTV's D.J. Bolerjack he saw the bag smoking, looked inside and saw the device, which had a round container with a lid and a box of matches. He said he immediately contacted the school resource officer.

"I could smell a smoke smell and my friends actually saw it before I did," Whalen said.

KUTV reports the suspect lives in neighboring Hurricane and allegedly confessed to an incident at a high school there Feb. 15 in which the school was vandalized with graffiti that referenced ISIS, and an American flag was stolen and an ISIS flag was raised in its place. Hurricane police executed a search warrant at the student's home and found items that linked him to the vandalism at Hurricane High School, along with bomb making materials, KUTV reports.

Investigators also found that he had been researching and promoting ISIS online, the station reports, but police say there's nothing the indicate the teen is a member of the terrorist group.

"I think this is the first time anything like this has ever happened in our community," officer Ken Thompson with Hurricane City Police Department said.

The station reports the suspect travels to Pine View High School to be a part of the JROTC program that's offered there. The Washington County School District said he has been in the program for a year and a half now.

According to St. George police, the suspect was arrested and charged for the manufacture, possession, sale, use or attempted use of a weapon of mass destruction prohibited. He could also face federal charges.

The suspect is currently being held in Washington County juvenile detention.