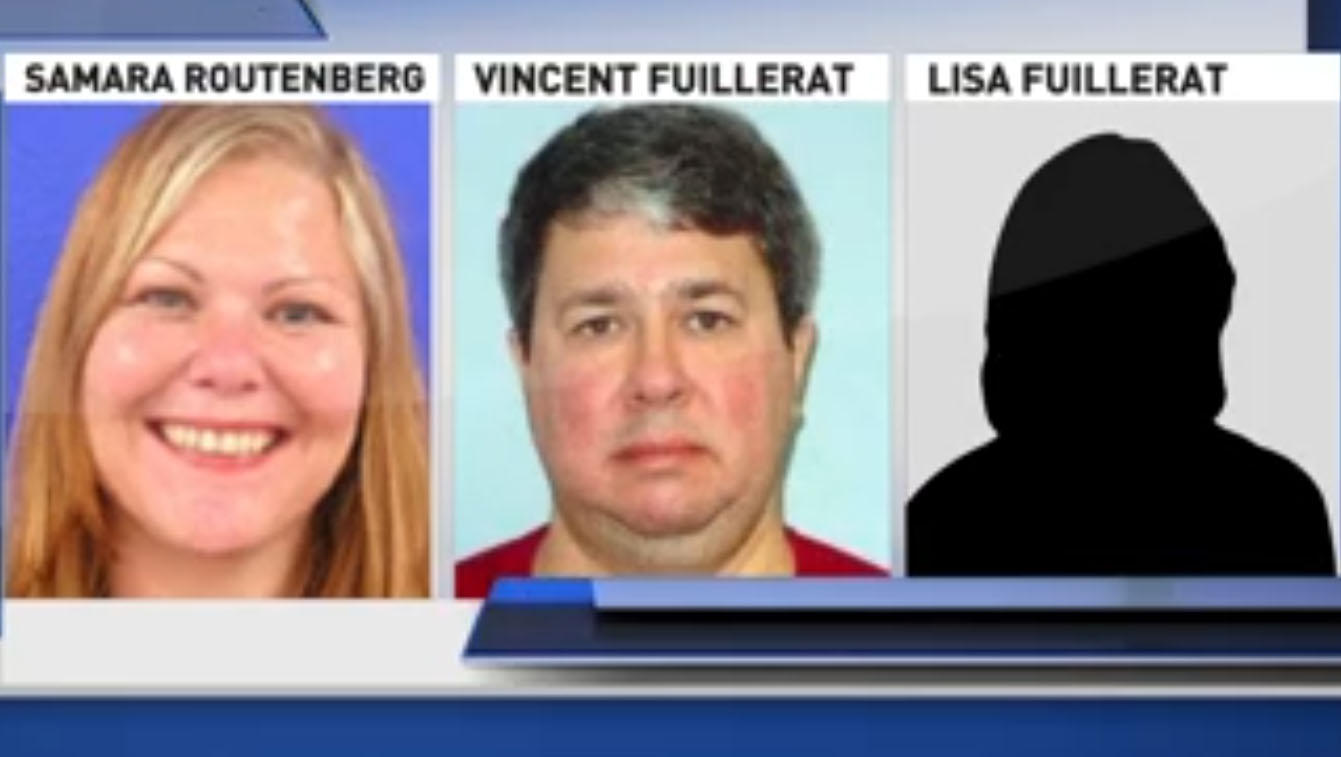 BRANDON, Fla. -- An estranged husband burst into a home and killed his wife and her partner during a gun battle before killing himself, sheriff’s officials said.

Hillsborough County sheriff’s officials say Vincente Fuillerat, 53, armed himself with a shotgun and donned a bulletproof vest Friday morning before he broke through a sliding glass door at the home of Samara Routenberg, a middle school vice principal who was living with his estranged wife, Lisa Fuillerat, a math teacher.

According to the Tampa Bay Times, the women armed themselves with handguns and a firefight erupted. He was shot several times, including once in the vest, but those wounds weren’t fatal, according to CBS affiliate WTSP. Detectives say Vincente Fuillerat then overpowered the women, killed them and then himself.

The women worked at Lake Gibson Middle School in Polk County and lived as a couple.

Records examined by the paper show Vincente Fuillerat had a violent past. He received probation for a 2015 charge of burglary and aggravated assault after attacking the women at the home. Routenberg, 39, soon petitioned the court for a protective order and Lisa Fuillerat, 51, said he was stalking her.

“He came back to finish the job,” neighbor Lisa Dumond told the newspaper, saying more should have been done to protect the women.

Lisa Fuillerat had filed for divorce in 2015 and a court hearing on the case had been scheduled for Friday afternoon.

“They were both afraid something like this might transpire,” attorney Melissa A. Wilson, who represented Lisa Fuillerat and Routenberg in a domestic violence injunction, said in an e-mailed statement WTSP.

“It was clear throughout the process that Mr. Fuillerat was having difficulty accepting the separation and divorce proceedings,” Wilson wrote.

A former studient, Angel Watson, brought a bouquet of flowers to place along the fence at the middle school, telling the station Lisa Fuillerat was “one of the best teachers I have ever had.”