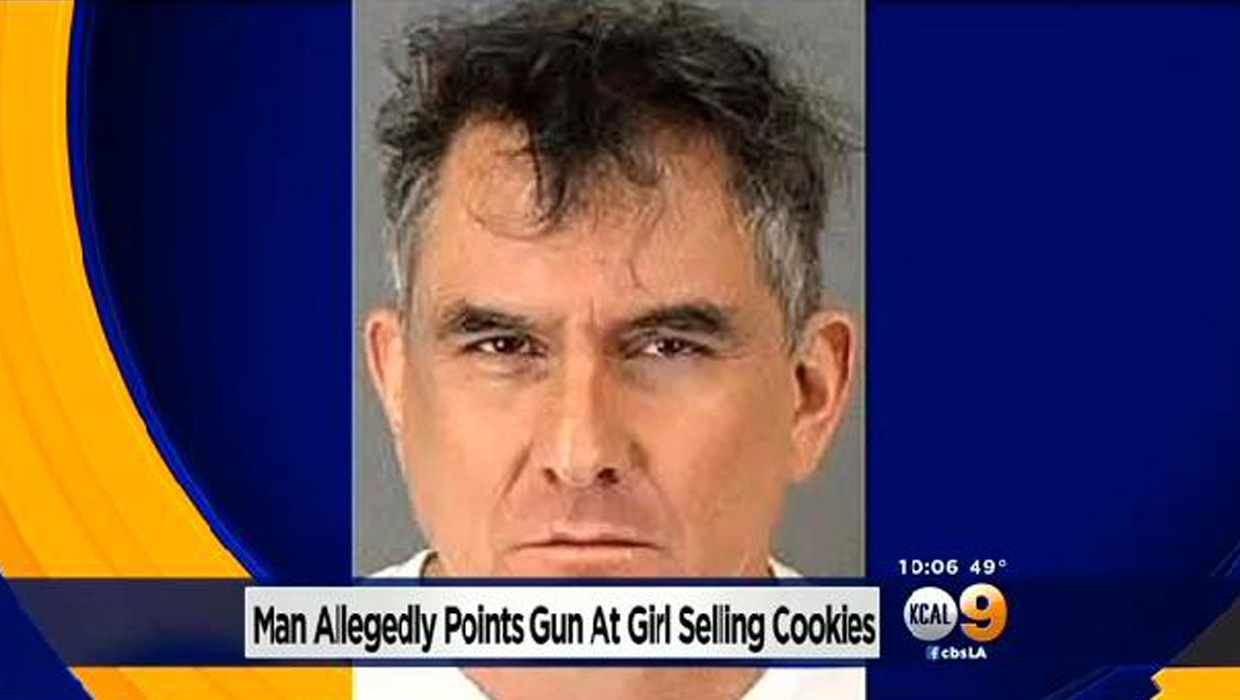 TEMECULA, Calif. – A man is accused of pulling a gun on a girl scout when she came to his door selling cookies, reports CBS Los Angeles.

Police arrived at the scene on Sunday after receiving an assault with a deadly weapon call and arrested the suspect, 59-year-old John Dodrill of Temecula, Calif.

According to police, the victim – a minor – was going around the neighborhood selling cookies when Dodrill allegedly opened his door and pointed a gun at her.

The girl’s father saw the alleged confrontation and called authorities.

Dodrill was arrested without incident, and police said a weapon was seized as evidence in the case.