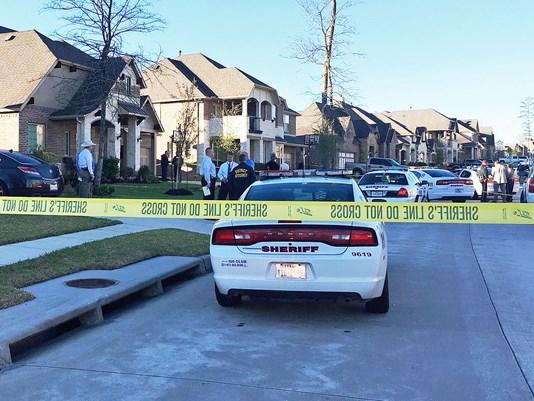 When authorities from the Montgomery County Sheriff’s Office came to the scene, they found the young boy covered in blood with his father not far off. The father, Medger Blake, 41, headed toward the officers with a knife who opened fire and killed him, police say

Rose Blake, 38, the young boy’s mother, died at the scene from her wounds.

An active investigation is still underway at the home. There are no known records of violence at the home before, according to deputies.

“The boy had indicated that his father had stabbed his mother. It was some sort of confrontation that was still going on in the background,” Capt. Bryan Carlisle said.

Authorities told KHOU that family members from out of state were on their way to care for the child, who locked himself in a bathroom for safety until police arrived at the scene.

“I would see him out in his driveway all the time shooting baskets with his boy,” said Steve Toth, who along with other neighbors did not notice any problems at the home before the incident.