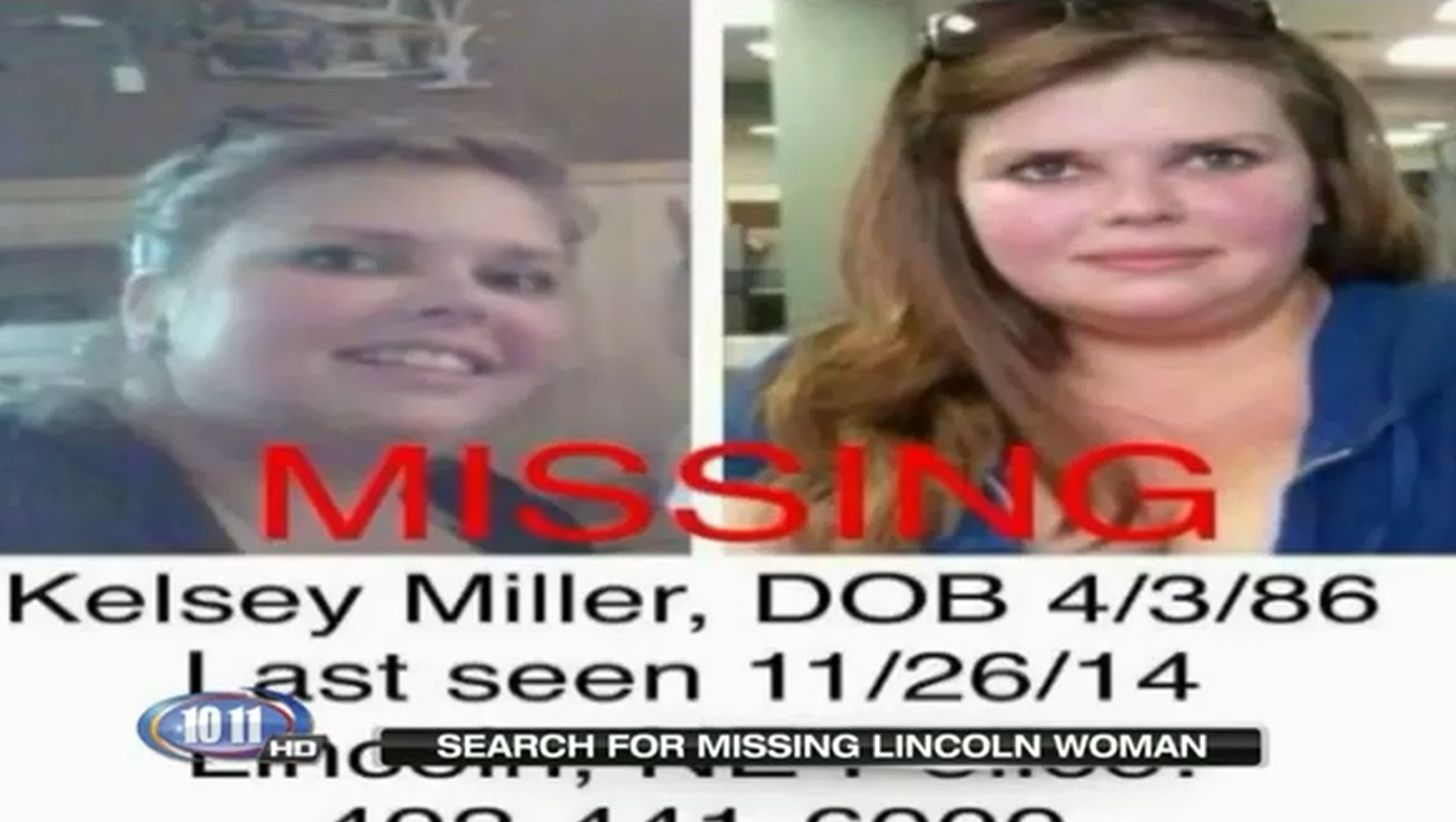 LINCOLN, Neb. -- The body of a 28-year-old Nebraska woman missing since Thanksgiving Day has reportedly been found and her husband will face a murder charge.

The Lincoln Journal Star reports that Kelsey Miller's body was found Sunday in a self-storage unit in northeast Lincoln. Lincoln Police Chief Jim Peschong says her husband, Kevin Miller, had used the storage unit in the past but it was rented in the name of a friend. Peschong says it was the friend who found the woman's body and called police.

Police told the paper the body showed obvious signs of trauma, but otherwise wouldn't detail how the woman died.

Kelsey Miller was last seen Nov. 27 at a shelter for domestic violence victims. She had sought services after an alleged pattern of ongoing abuse by her husband, and reportedly told police she had been strangled by him and was afraid of him, reports the paper, citing a probable cause affidavit.

On Thursday police arrested the 33-year-old suspect on an assault charge. Peschong says Kevin Miller is scheduled to be in court Monday to face a murder charge.