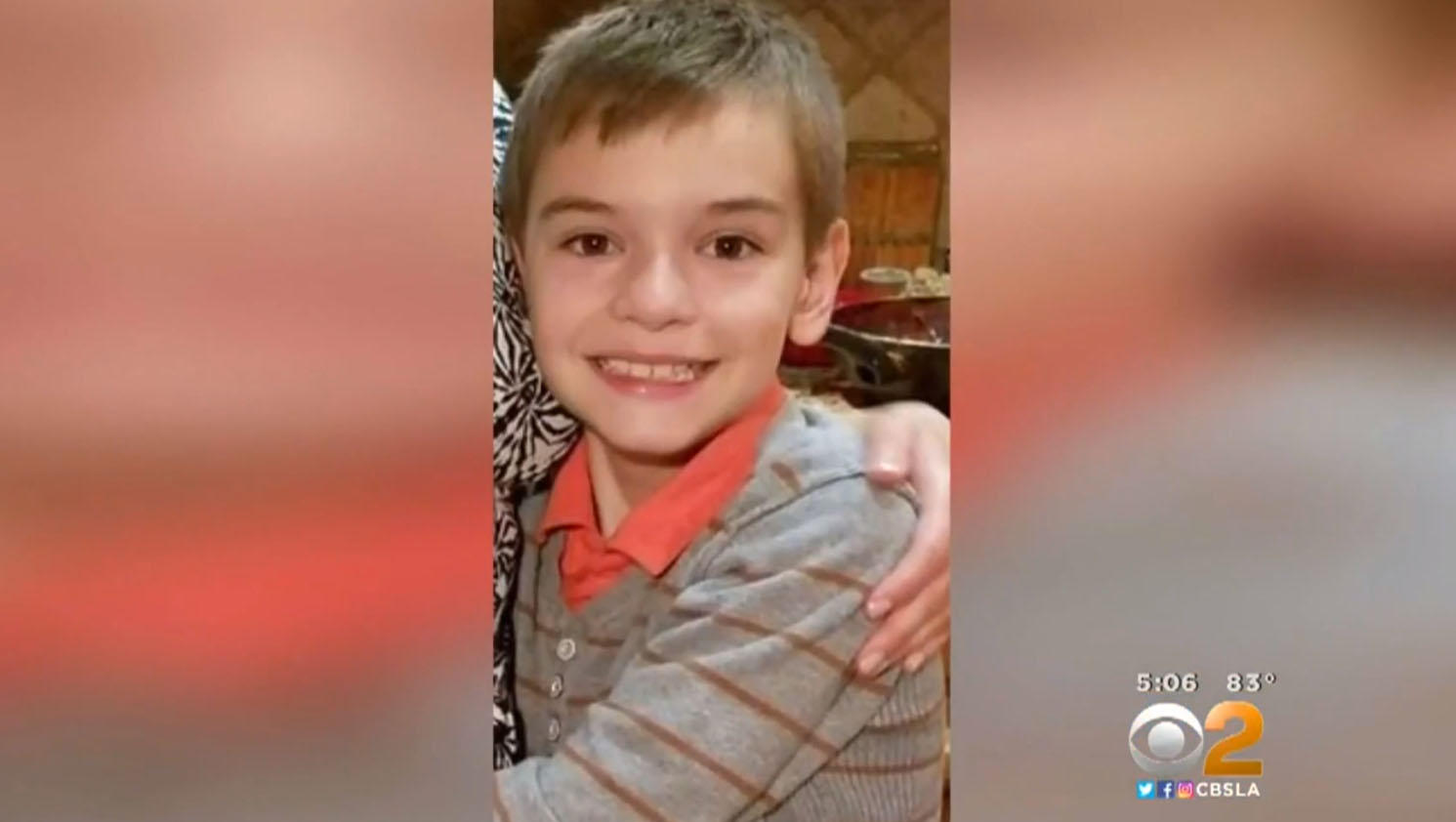 SANTA MARIA, Calif. -- Los Angeles police shot and killed a man suspected in the murder of his estranged wife and the abduction of his 9-year-old son, who was found with his father but was unharmed, authorities said.

Konstantin Morozov, 48, and his son Daniel Morozov had been the subjects of a manhunt Tuesday after they disappeared from Santa Maria and the boy's mother was found dead from gunshot wounds, authorities said.

Santa Maria police obtained a murder warrant for the father, and an Amber Alert was issued for the pair, police said.

The statewide Amber Alert initially said Morozov was believed to be driving a blue 2015 Volkswagen hatchback, reports CBS Los Angeles, but police discovered the car abandoned in Santa Maria around 9:45 a.m. The boy and his father were still missing. Authorities then issued a lookout alert for a black 2017 Jeep they believed Morozov started driving after abandoning the Volkswagen.

Police from the two cities and FBI agents on Tuesday night tracked down the father at a friend's apartment in the San Fernando Valley region of Los Angeles, about 130 miles away from the murder scene, after receiving a tip.

Police engaged him as he left the apartment with his son. A shooting ensued, and Konstantin Morozov died at a hospital, Los Angeles police said.

Authorities said a handgun was found at the scene, but otherwise gave few details about the shooting or how they safely separated the boy from his father.

"I'm happy to report that the 9-year-old child we've been looking for all day is safe," LAPD Deputy Chief Justin Eisenberg said. "That's the greatest news I've heard all day."

CBS Los Angeles reports the family had previously lived in North Hollywood, where former neighbors said Morozov kept to himself and seemed unhappy.

"He was a very quiet guy, very quiet, a little bit strange but very quiet," one neighbor, who did not want to be identified, told the station. "He was in his own world, kind of. He was not very social with the other people."

The boy is in custody of child-protection officials, who were looking for a relative to place him with.