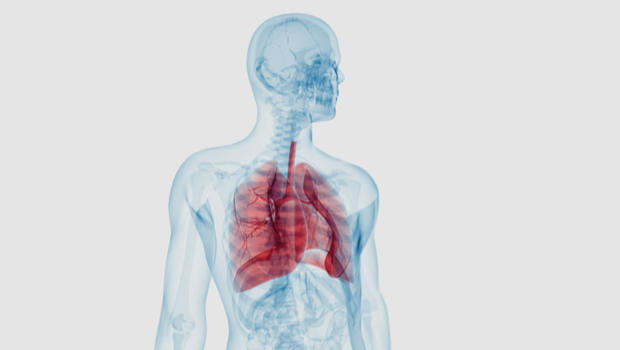 From the COPD Foundation:

Chronic Obstructive Pulmonary Disease (COPD) is an umbrella term used to describe progressive lung diseases, including refractory (non-reversible) asthma, some forms of bronchiectasis, chronic bronchitis and emphysema. It is characterized by increasing breathlessness.

COPD can develop for years without noticeable shortness of breath, with symptoms only developing during the later stages of the disease. Talk to your doctor as soon as you notice any of these symptoms, and ask about taking a spirometry test, which measures how well your lungs are working.

What are the signs and symptoms of COPD?

How common is COPD?

COPD affects an estimated 30 million individuals in the U.S., and more than half of them exhibit symptoms but have not been diagnosed. Early screening can identify COPD before major loss of lung function occurs.

Who should get tested for COPD?

Anyone with the following should get tested:

You can start with the COPD Foundation's 5-question Risk Screener, then talk to your doctor about taking a spirometry test. Early screening can identify COPD before major loss of lung function occurs.

Risk factors and causes of COPD

The top three risk factors for developing COPD are:

Smoking - COPD most often occurs in people 40 years of age and older who have a history of smoking, or have had long-term exposure to second-hand smoke. While not everybody who smokes gets COPD, most of the individuals who have COPD have smoked at some point in their lives.

Genetic Factors - Alpha-1 Antitrypsin-related COPD is caused by a deficiency of the Alpha-1 Antitrypsin protein in the bloodstream. Without that protein, white blood cells can harm the lungs, and lung deterioration occurs. The World Health Organization and the American Thoracic Society recommends that every individual diagnosed with COPD be tested for Alpha-1. For more information about AATD and how to get tested, visit the Alpha-1 Foundation Website or call 1-877-2 CURE-A1.

The COPDGene Study has more information about research into other genetic causes of Chronic Obstructive Pulmonary Disease.