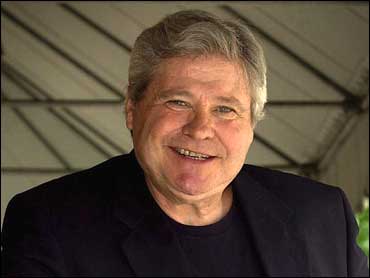 If television's "Crazy Cooter" has his way, fans of the "Dukes of Hazzard" may be speeding away from a new movie version of the cornpone classic faster than the Duke boys running from Sheriff Roscoe P. Coltrane.

Ben Jones, a former Georgia congressman who played the wisecracking mechanic on the popular series from 1979-85, said profanity and sexual content in the film make a mockery of the family friendly show.

"Basically, they trashed our show," said Jones, who now lives in the mountains of Washington, Va. "It's one thing to do whatever movie they want to do, but to take a classic family show and do that is like taking 'I Love Lucy' and making her a crackhead or something."

Jones said he read a script of the movie, which is scheduled to be released next month, and that it contained profanity, "constant sexual innuendo and some very clear sexual situations."

On Wednesday, Jones wrote an open letter to fans on his web site, cootersplace.com, urging them to stay away.

"From all I have seen and heard, the 'Dukes' movie is a sleazy insult to all of us who have cared about the 'Dukes of Hazzard' for so long ... ," Jones wrote. "Unless they clean it up before the August 5th release date I would strongly recommend that true blue 'Dukes' fans hold their noses and pass this one up."

A spokeswoman at Warner Brothers pictures, which is releasing the movie, did not immediately return phone calls seeking comment on Wednesday.

"The Dukes of Hazzard" was a surprise hit for CBS, combining with "Dallas" to earn some of the highest Friday-night ratings in television history.

The show pitted "good-ol' boys" Bo and Luke Duke and their moonshine-running Uncle Jesse against the crooked politician Boss Hogg and his bumbling henchman, Sheriff Coltrane, in fictional Hazzard County.

Reruns of the show began airing on the CMT network this year, earning some of the best ratings ever on the country music cable channel.

In the movie, Johnny Knoxville, who made his name on MTV's controversial stuntfest "Jackass," and Seann William Scott, who starred in the raunchy "American Pie" movies, play the main characters.

Jones was elected to Congress in 1988 as a Democrat. He lost his bid for a third term in 1992 after his district was redrawn, then lost two other bids for House seats, one in Georgia and another in Virginia.

He owns Cooter's Place, a "Dukes" memorabilia shop in Gatlinburg, Tenn. and plans to open another in Nashville. He also is an organizer of "Dukesfest," an annual outdoor concert and convention celebrating the show in Bristol, Tenn.