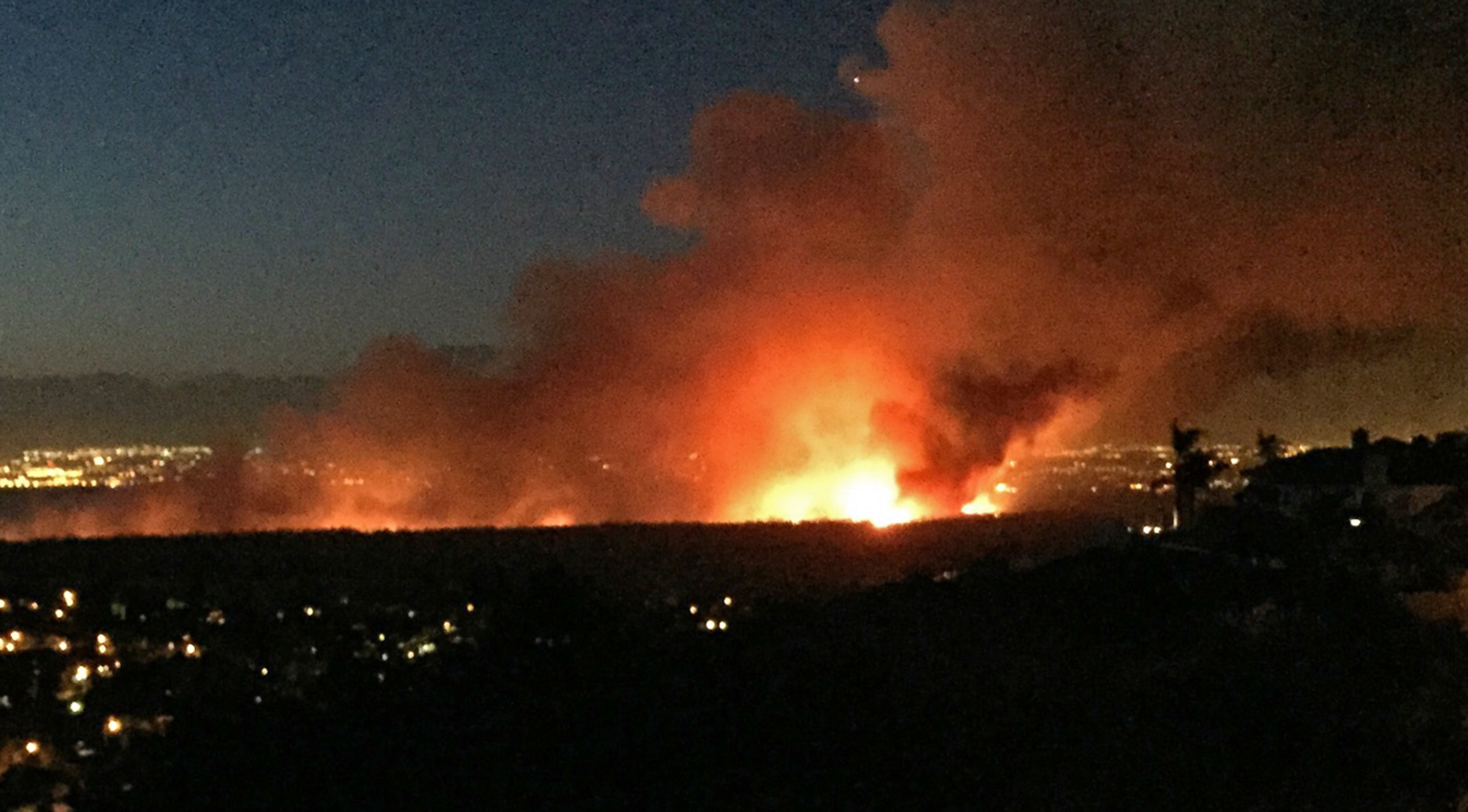 The fire was reported shortly after 6 p.m. Saturday, triggering the nighttime evacuation of about 300 homes in an area along the border of the cities of Norco and Corona, about 35 miles southeast of downtown Los Angeles.

Cooperative weather and the efforts of hundreds of firefighters helped beat back the flames Sunday, and evacuation orders were lifted just before dawn.

By midday, fire officials said they had contained 35 percent of the fire, which had grown to 1.6 square miles.

The fire burned in the Prado Dam Flood Control Basin, where vegetation has not burned in decades, said Capt. Mike Mohler of the California Department of Forestry and Fire Protection. As a result, the area that is burning has up to 3 feet of "duff" - needles, leaves and other combustible plant debris.

"We just spoke with our night operations," Mohler told CBS Los Angeles. "They said last night they had a very difficult firefight, explosive fire growth, some fire that they've never seen in this type of area."

At the same time, California's drought means the basin has not held much water recently, Mohler said.

Because the smoke was not blowing away, area residents were urged to stay indoors.

About 500 firefighters were working the front lines, according to CalFire Capt. Liz Brown. So were two helicopters, though fixed-wing aircraft were not being used, she said.

No property damage or injuries were reported.