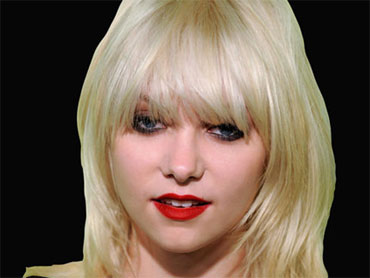 The PTC has urged CW affiliate stations not to air the episode, scheduled for Nov. 9.

In a letter to the affiliates, Winter asked: "Will you now be complicit in establishing a precedent and expectation that teenagers should engage in behaviors heretofore associated primarily with adult films?"

This is not the first time the PTC has complained about the sexy prep-school soap, which Winter said is "expressly targeted to impressionable teenagers."

In July 2008, the organization spoke out against a racy marketing campaign for its new season. Ads showed intimate moments between the show's characters (on a couch, in the sack or apparently skinny-dipping), accompanied by headlines like "A Nasty Piece of Work" and "Mind-Blowingly Inappropriate."

"CW has been defending graphic content on 'Gossip Girl' by asserting that they don't target teenagers," Winters said Wednesday. "Such a claim doesn't even pass the 'laugh test."'

CW spokesman Paul McGuire said the target audience for "Gossip Girl" is 18- to 34-year-old women, with a median viewer age of 27 years old. The network had no comment on PTC's complaint, he said.