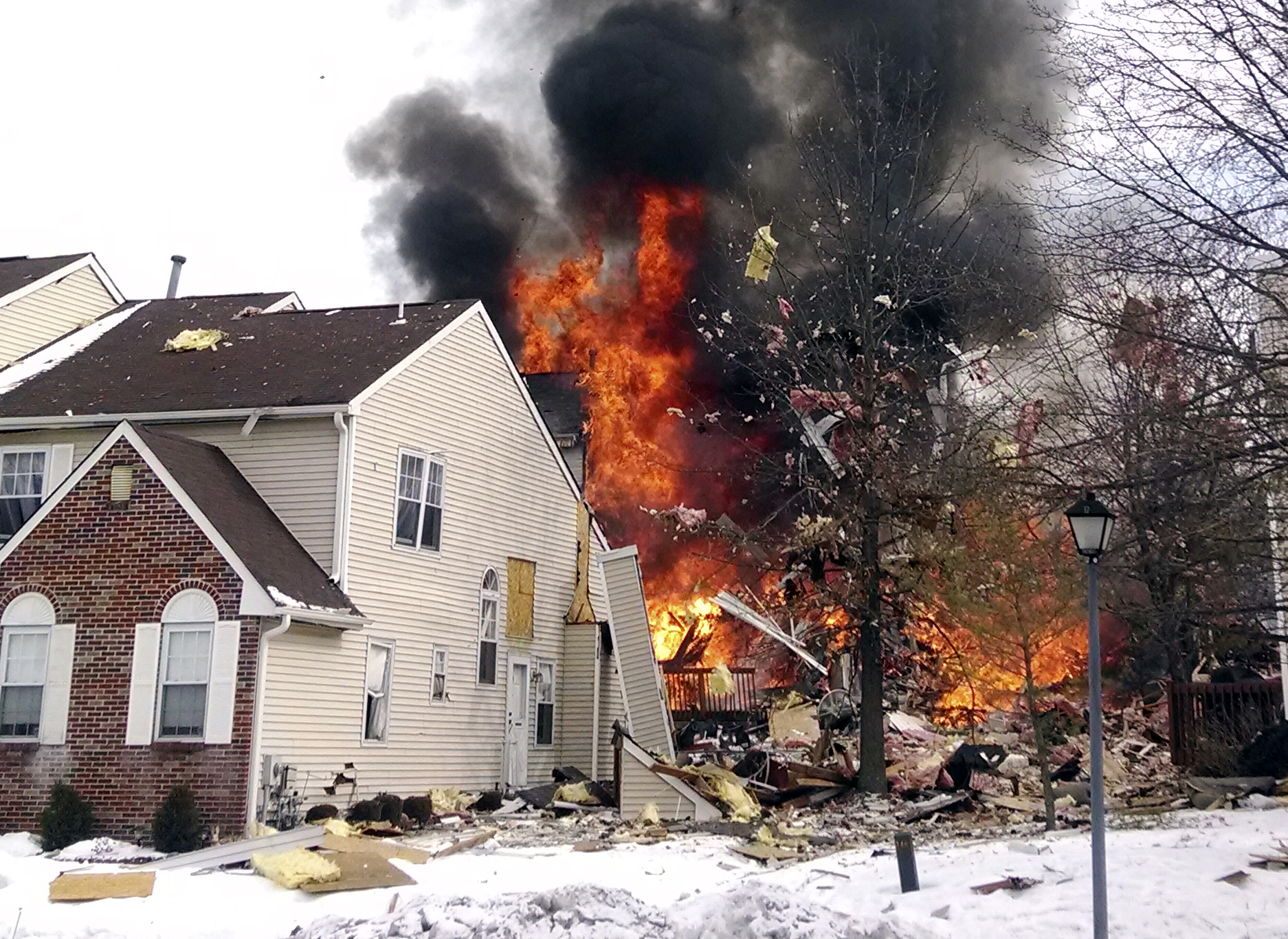 EWING, N.J. -- The contractor working at the site of a massive explosion in New Jersey has been fined more than $100,000 by federal safety monitors for problems at two other work sites.

Records provided by the Occupational Safety and Health Administration show that Henkels & McCoy was fined $70,000 for safety violations at a work site in Bayonne and $42,000 for violations in Neptune.

The violations involved signaling and warning signs and protection of workers during excavations. The company is contesting the fines.

Tuesday's explosion in Ewing, outside Trenton, killed one person and injured seven workers. A preliminary investigation has attributed the explosion to a damaged gas line.

A spokesman for Henkels & McCoy says the company is deeply saddened at the loss of life and will cooperate fully with the investigation.

A day after a gas leak and subsequent explosion devastated the suburban town house development, investigators shifted their focus Wednesday to pinpointing the cause, identifying the victim and securing the area so displaced residents could return.

Late in the day Tuesday, after authorities thought the blast had not caused any fatalities, the body of a woman was discovered on a car near the site of the explosion. Officials are awaiting an autopsy to make a positive ID and determine the cause of death, said Lt. Ron Lunetta.

Lunetta says the body was found by a cadaver dog, CBS Philadelphia reported. It was not clear if the woman who was killed was inside or outside a residence when the explosion occurred Tuesday afternoon. No one else was believed to be missing, Lunetta said.

Police, fire and building officials were on the scene Wednesday morning. The complex was littered with shingles and plywood and clumps of insulation were clustered in trees.

Authorities said a majority of the displaced residents would not be able to go home until Wednesday morning at the earliest. Some were being sheltered at a fire house, while others were staying with family and friends.

The events leading to the explosion began with a contractor working to replace electric service to the house that later blew up, officials from the utility PSE&G said. Around noon, the utility got a call that the contractor had damaged a gas line.

Crews were repairing the line about an hour later when, PSE&G spokeswoman Lindsey Puliti said, "there was an ignition."

The force from the explosion buckled windows in an apartment complex nearby, said resident Marsha Brown, and pictures fell from her walls.

She ran to the town house complex, saw a home engulfed in flames and two utility workers on the lawn with injuries that apparently included broken bones. She said she saw another worker on a sidewalk crying, being held by a woman.

At least one home was reduced to a blackened pile of rubble, and others had damage, including windows that were blown out. Debris was widely scattered, with insulation hanging in some tree branches.

"My body was shaking. I like to say I am calm, but I was shaking," said Brown, who had a day off from her job as an infant hearing screener at a hospital. "You could feel the flames, everything."

A resident of the complex, Bryan Gentry, drove home minutes after he heard an explosion and as he got closer, saw a black smoke cloud. The fire was intensely hot, he said, and he saw one person walking away from the fire who appeared to be stunned.

"It was just unreal," he said.

Though the damage to the pipeline caused a gas leak that could lead to an explosion, the pipeline itself did not explode, a spokesman for the utility said.