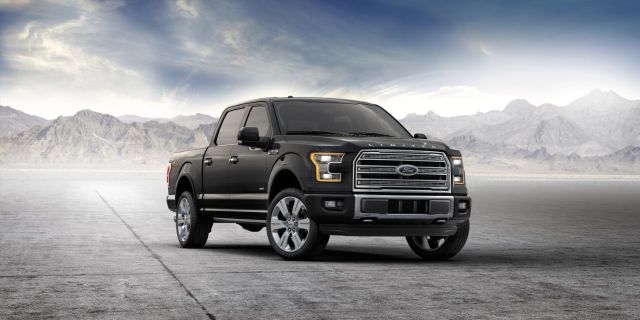 The Ford F-150 pickup -- already a sales champ -- also wins Consumer Report's praise as the best in class as part of the magazine's 2016 ratings of individual models and automotive brands.

The F-150, with an innovative aluminum body for lighter weight and better fuel economy, is Ford's first model winner since the 2012 rankings and tops this category for the first time since 1999. The magazine praised the F-150 for its good fuel economy, quiet and spacious cabin and easy-to-use infotainment system (a strong upgrade from a previous problem area).

Several redesigned models got top pick status. "This year several automakers have really hit the mark with their redesigned vehicles," said Mark Rechtin, head of content development for Consumer Reports. "This year's top picks include refreshed models like the Lexus RX that have vaulted back to the top of their respective categories after lengthy absences."

In automotive brand rankings, Audi topped the list followed by Subaru (see bottom for the Consumer Reports' full brand ranking). Lexus, a frequent winner in the past, was third with Porsche fourth, BMW fifth and Mazda sixth. Buick ranked seventh -- the only Detroit-based brand to make the top 10. Toyota was eighth, Kia ninth and Honda took the tenth spot.

Consumer Reports computes its rankings based on a combination of test-drive scores by the magazine's staff and projected reliability as ranked by a survey of its readers. Ford, Lincoln and Chevrolet finished in the middle of the 30 brands ranked. All Fiat-Chrysler brands, including Jeep, finished in the bottom third with Fiat dead last.

Here are some other highlights of the Consumer Reports rankings: