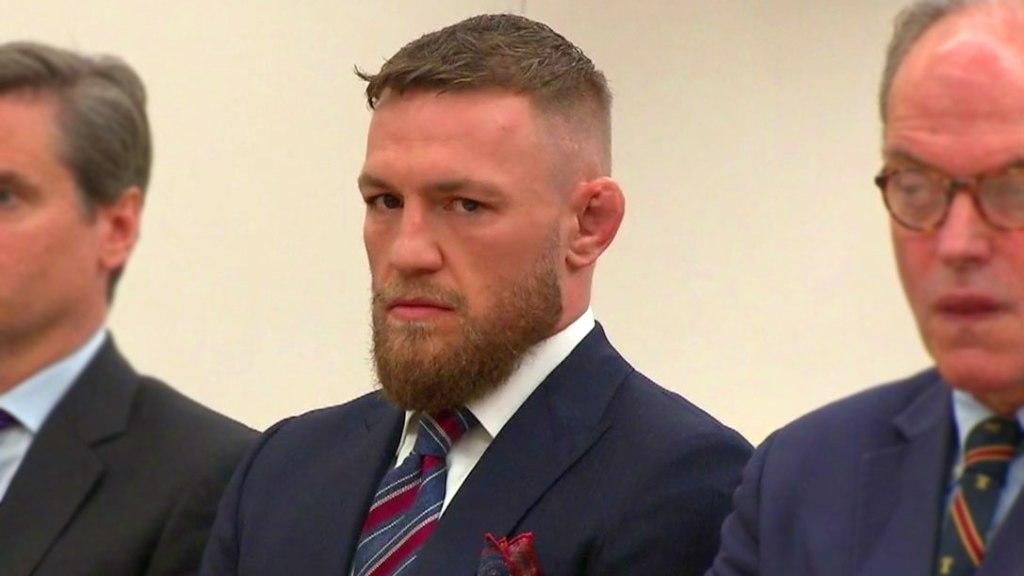 Video showed McGregor apparently hurling a hand truck at a bus full of fighters after a news conference for the UFC event at Barclays Center in April. Two fighters hurt by broken glass were unable to compete. McGregor was originally charged with assault, reckless endangerment and criminal mischief.

The 30-year-old Irish fighter was joined in Brooklyn court by his 25-year-old friend and co-defendant Cian Cowley, who also pleaded guilty to a disorderly conduct charge and got three days of community service and anger management. All felony counts were reportedly dismissed. The two must also abide by three orders of protection and pay damages that were caused to a bus.

McGregor spoke briefly outside court, CBS New York's Natalie Duddridge reported. "To my family, my fans, thank you for support," he said.

A spokesperson for the Brooklyn district attorney's office called it "a fair resolution that holds the defendant accountable, ensures restitution for the victims and requires the defendant to perform community service where he can reflect on his conduct and give back to society."

The April incident happened after McGregor was stripped of his UFC Lightweight Championship for failing to defend his title. McGregor has expressed regret, saying after his last court appearance in June that he understood the seriousness of the matter and hoped to resolve it soon.