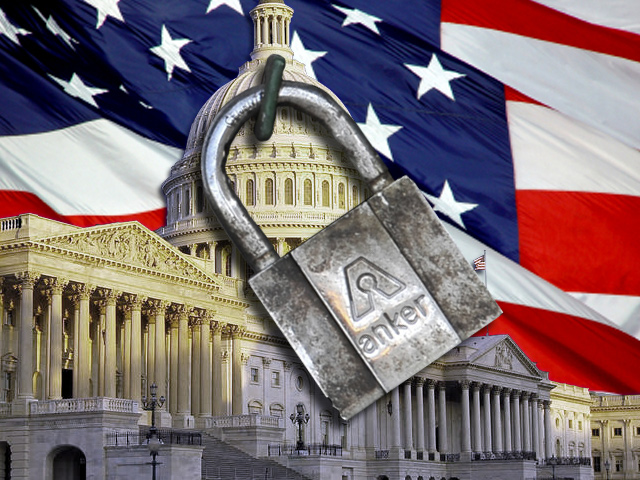 Unless Republicans and Democrats in Congress can reach a budget deal, the federal government could shut down on Friday.

So are lawmakers close to a deal? CBS News Congressional correspondent Nancy Cordes reports, it depends whom you ask.

But Republicans say, not so fast: "There is no number, and no agreement on a number," House Speaker John Boehner said on Friday.

Democrats contend that the two sides have settled on cutting $33 billion from the budget this fiscal year, which runs through the end of September, while Republicans want specific cuts identified before there's an agreement.

The biggest fight centers around major cuts House Republicans inserted in the spending bill they passed last month - cuts to the EPA, Planned Parenthood, and the president's health care law.

"I can tell you, there are some that are totally unacceptable," Sen. Dick Durbin, D-Ill. said on NBC's "Meet the Press." "The idea that we are going to close down the Environmental Protection Agency's efforts to keep our air clean and our water pure? I mean, that sort of thing is irresponsible."

But the Tea Party contingent in the House is urging GOP leaders not to back down, even if it means the government shuts down this week. At a rally held by Tea Party activists Thursday, Rep. Michele Bachmann, R-Minn., chanted, "Stop spending money you don't have!"

Reid: GOP leadership cowered by Tea Party
One week away: Clock ticks on government shutdown
It's Obama vs. House Republicans vs. Tea Party

The spending battle comes as another budgetary battle looms: An upcoming Congressional vote on raising the debt ceiling.

Still, members on both sides sound increasingly optimistic that cooler heads will prevail, and a deal will be reached in time to keep the government running.

On "The Early Show" CBS News political analyst John Dickerson said he believes there is enough common ground to reach an agreement. "The question is, is there enough time? The government shuts down on Friday, but really negotiators have to come up with a deal by Wednesday in order to give everybody in Congress enough time to actually look at what this deal looks like."

Dickerson said even a shutdown may be averted simply because neither side would want to own it.

"Both the president and Speaker John Boehner worry that a shutdown, even a relatively brief one, would send a bad message and would interrupt the economy," Dickerson said. "With the recovery sort of beginning to pick up, neither party wants to get blamed for that."

The cuts would affect discretionary programs - government agencies that account for about 12 percent of the overall federal budget.

Late last week, President Obama said that compromise was close with Republicans on $33 billion in cuts, and he warned that without a deal the ensuing government shutdown would "jeopardize our economic recovery" just as jobs are finally being created.

There are indications the $33 billion figure may truly be in play, with sufficient votes lined up among mainstream House Republicans and Democrats.

But Speaker Boehner has denied a deal is in the works, and many freshmen Republican House members say they will not go for a compromise.

And a bigger battle is already brewing, as House Republicans prepare to unveil their 2012 budget plan Tuesday that is expected to call for slashing $4 trillion over the next 10 years - approximately $400 billion more than was recommended by the debt commission appointed by President Obama - while also lowering tax rates.

The GOP plan would make major changes to the way programs like Medicare and Medicaid are structured, including government subsidies for health care plans operated by private businesses.

Rep. Paul Ryan, R-Wis., on "Fox News Sunday": "We are going to put out a plan that gets our debt on downward trajectory and gets us to a point of giving our next generation a debt-free nation."

Ryan did not discuss on Fox how the budget plan might address Social Security.

Dickerson said the GOP proposal's broad cuts represent a reorganization of priorities over the next decade: "Sort of the difference between talking about a leaky roof and talking about a whole house renovation," he said. "The Republican plan offers real restructuring for Medicare and Medicaid. And this will be a fundamental philosophical debate between the president - who believes yes, we've got to cut, but we've also got to invest in energy and innovation and in education - and Republicans - who say, no, cutting is the important thing to do. That will keep interest rates low, [and] tell business that with those interest rates low they can go ahead and hire people and invest."

The political divisions sure to be stirred by the 10-year budget plan may hamper negotiations on this year's budget.

Sen. Durbin criticized the Republican plan as imbalanced in favor of the rich: "The idea of sparing the Pentagon from any savings, not imposing any new sacrifice on the wealthiest Americans, I think goes way too far. We have got to make certain that it's a balanced approach and one that can be sustained over the next 10 years."