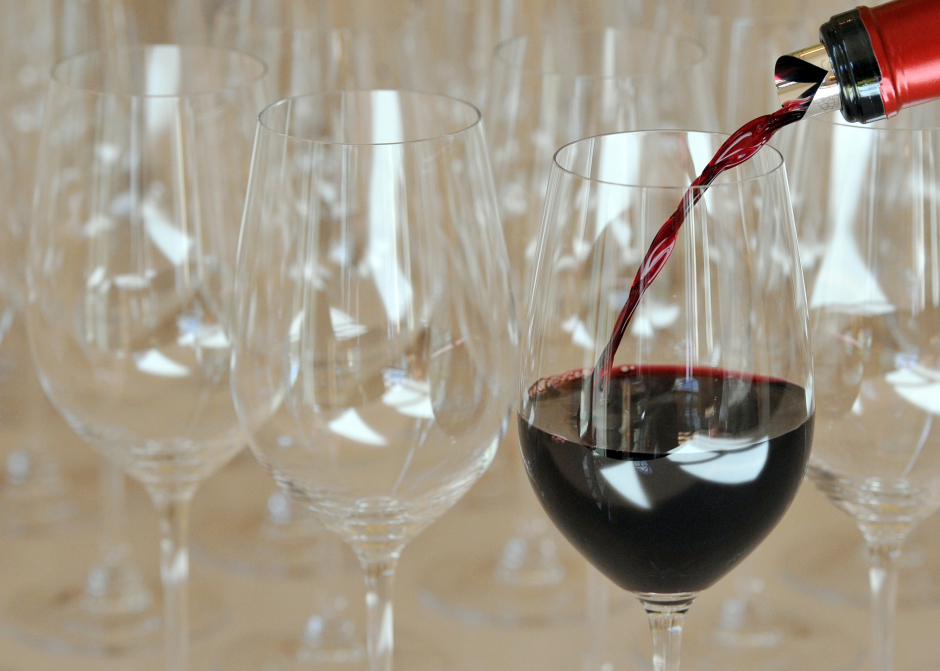 Keep snacking on those berries and dark chocolate and sipping on red wine and tea: Consuming them may lower your risk of developing Type 2 diabetes.

A new study published on Jan. 19 in the Journal of Nutrition shows that people who eat items that contain certain groups of flavonoids, called flavones and anthocyanins, have lower insulin resistance and can regulate their blood sugar better, possibly helping reduce their risk for Type 2 diabetes.

Flavonoids are plant-based organic compounds which have been linked to other health benefits as well. For example, one compound called flavonol works an antioxidant and has been linked to better blood circulation. Flavonol may also reduce blood pressure and may improve seniors’ memory.

The compound flavones is most common in herbs and vegetables like parsley, thyme and celery. Anthocyanins naturally occur in berries, red grapes and red or blue-colored fruits and vegetables.

Researchers looked at almost 2,000 healthy women’s eating habits. They were asked to complete questionnaires to see how much total flavonoids they consumed and how much of six different flavonoid compounds they ate.

They also gave blood samples so researchers could examine their glucose regulation and inflammation levels, in addition to their insulin resistance capabilities.

High insulin resistance is when the body creates insulin, a hormone necessary to processes sugars in food called glucose, but does not use it. This leads to glucose building up in the blood, or high blood sugar levels. Inflammation, meanwhile, has been linked to increased risk of diabetes, obesity, cardiovascular disease, and cancer.

Subjects who consumed the most anthocyanins and flavones had significantly lower rates of insulin resistance compared to those who ate the least.

In addition, those who ate the most anthocyanins were the least likely to have chronic inflammation. Those who consumed the most flavones were shown to have higher levels of a protein called adiponectic that aids in regulating metabolism, including the processing of glucose.

"This is one of the first large-scale human studies to look at how these powerful bioactive compounds might reduce the risk of diabetes,” author Aedin Cassidy, a professor of nutrition at the University of East Anglia in Norwich, England, said in a press release. “Laboratory studies have shown these types of foods might modulate blood glucose regulation -- affecting the risk of Type 2 diabetes. But until now little has been know about how habitual intakes might affect insulin resistance, blood glucose regulation and inflammation in humans."

Cassidy pointed out they don’t know how much of each compound people would have to eat in order to get the anti-Type 2 diabetes benefits.

The U.K.’s National Health Service pointed out that the way the study was set up prevented the researchers from proving that flavonoids alone lowered the risk for Type 2 diabetes. For example, women who eat more flavonoids may have a healthier diet and lifestyle overall. Also, the study looked at insulin resistance -- which is a sign of diabetes -- rather than an actual Type 2 diabetes diagnosis.

The NHS advised that people shouldn’t go to town drinking more red wine than recommended or eating more chocolate that usual. Excessive alcohol consumption can cause liver and heart disease, stroke and cancer, while chocolates that are high in fat and sugar can actually raise the risk of Type 2 diabetes.

Still, the researchers believe that the study shows that these flavonoid compounds can make a difference.

"This is an exciting finding that shows that some components of foods that we consider unhealthy like chocolate or wine may contain some beneficial substances,” co-author Tim Spector, professor of genetic epidemiology at Kings College, London, said in a press release. “If we can start to identify and separate these substances we can potentially improve healthy eating. There are many reasons including genetics why people prefer certain foods so we should be cautious until we test them properly in randomized trials and in people developing early diabetes."