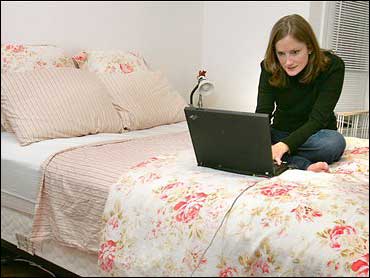 Laura Hanson relies on the Internet to make her a smarter shopper even when she isn't planning to buy online.

Before traveling to a conventional store, the San Francisco resident regularly visits an online comparison shopping site to explore prices and review product research so she won't need to embarrass herself with store clerks.

"With these (shopping comparison) sites, I can ask lots of stupid questions in the privacy of my own home," said the 27-year-old Hanson.

Yahoo Inc. runs Hanson's favorite comparison site — just one of many free Internet services that churn out pricing guides and other helpful insights about everything from iPod accessories to kitchen sinks.

The comparison sites are expected to play a central role in the upcoming holiday shopping season when Forrester Research predicts some 2.5 million U.S. households will buy merchandise online for the first time.

To grab more consumer eyeballs, they've laid on new features. Some are tracking more merchandise, others using the latest technology to alert shoppers to moneysaving deals or warn them about fraud risks. Still others supplement their price comparisons with product reviews and hard-to-find coupons.

"We are entering a new era (in comparison shopping)," said Rob Solomon, general manager of Yahoo's shopping site. "Now, we are all trying to figure out ways to differentiate ourselves."

All told, U.S. consumers are expected to spend $18 billion shopping on the Internet between Thanksgiving and Christmas, a 25 percent increase from last year, Forrester estimates.

Feeling the pinch of higher gasoline and home heating bills, even consumers leery of Internet shopping are more likely to visit comparison sites to help steer them toward nearby brick-and-mortar stores with the best deals, predicts e-commerce analyst Heather Dougherty of Nielsen/NetRatings.

All the major comparison sites are free to use; they generate revenue primarily from referral fees for sending prospective customers to online merchants. It's a formula that's attracting big bucks as more consumers rely on the comparison sites.

The two most popular such sites, Shopzilla (formerly BizRate) and Shopping.com, were recently acquired in separate deals worth more than $1.2 billion.

By coupling professional product reviews with pricing guides, Yang is confident he can do even better with Become.com than he did with his first comparison shopping site, MySimon, which he started in 1998 and sold to CNet Networks Inc. for $678 million in 2000.

"Comparison shopping really is on the verge of becoming a mainstream service," Yang said.