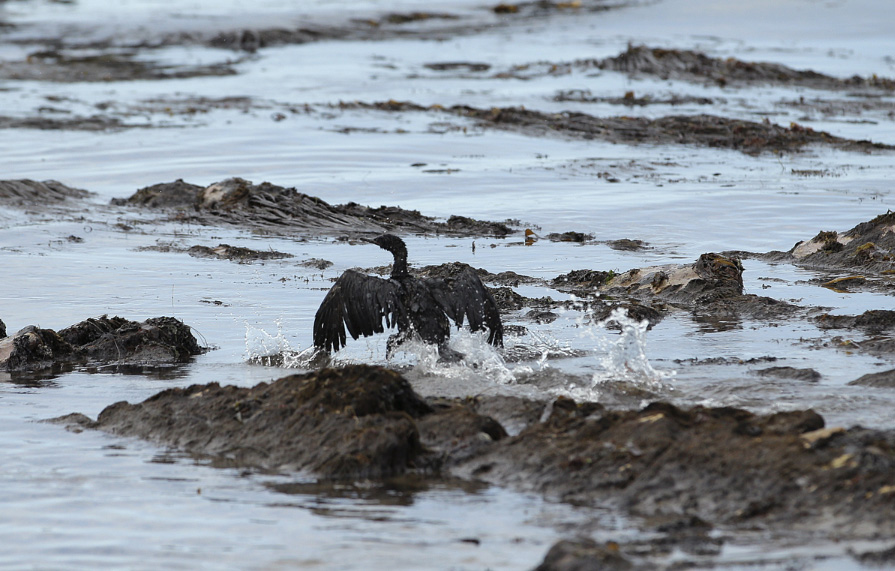 LOS ANGELES -- A Texas oil pipeline company responsible for spilling more than 140,000 gallons of crude on the California coast last year has been indicted on dozens of criminal charges, the company said Tuesday.

Plains All American Pipeline and one of its employees face 46 counts of state law violations in the May 19, 2015, spill that initially went undetected until oil began spilling onto a pristine beach on the Santa Barbara coastline and into the ocean.

The rupture fouled Refugio State Beach, and a slick spread across miles of ocean. Tar balls were found more than 100 miles away on Los Angeles County beaches. The spill closed coastal campgrounds and beaches and has been blamed for the deaths of more than 100 marine mammals, mostly sea lions, and nearly 200 birds.

Initial investigations found the 2-foot-wide underground pipeline was severely corroded where it ruptured on land. Plains said in a statement that the spill was an accident and believes no criminal behavior occurred.

"We will vigorously defend ourselves against these charges and are confident we will demonstrate that the charges have no merit and represent an inappropriate attempt to criminalize an unfortunate accident," the company said.

Plains said 10 counts relate to the spill or reporting it to authorities and 36 relate to dead wildlife. The Houston-based company also faces an investigation into the cause of the spill by federal regulators.

Tests on the pipe had been conducted weeks before the spill, but the results had not been analyzed when it broke.

The California attorney general and Santa Barbara district attorney did not immediately return calls from The Associated Press, but the two scheduled a morning news conference in Santa Barbara.