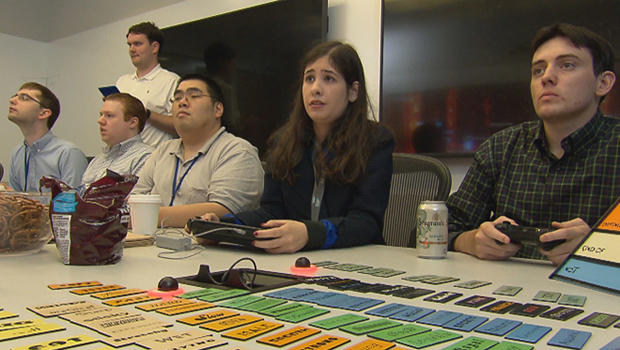 We like to think that good work is always rewarded. But what if some people who could do good work can't get their foot in the door in the first place? That's where recent hiring initiatives that look beyond unfair stereotypes come in, as Lee Cowan reports in our Cover Story (Originally broadcast on February 11, 2018):

Twenty-seven-year-old Christopher Pauley thought he had it all figured out when it came to looking for a job. He had a detailed spreadsheet of each and every position he applied for – at least 600.

"And yet in that scenario, they're not as self-conscious that they're being observed for a job – they're just doing a task."

Last year, 50 big-name companies -- including JP Morgan, Ford and Ernst & Young -- came together for a summit on how to bring more autistic adults into the workforce.

It started its Autism at Work Program five years ago, and since then it's hired 140 people on the spectrum, with the goal of hiring more than 600.

The biggest surprise for him, he says, has been the variety of candidates applying. "Very quickly we started getting resumes from people that had degrees in history, in literature, in graphic design, attorneys … the whole gamut of jobs," Velasco said.

She made it through both high school and college; in fact, she got two degrees from Gettysburg College in Pennsylvania – one in music (she has a beautiful singing voice), and another in computer science. And yet, a year after graduating – and hundreds of resumes later – she still couldn't find a job … until she applied to SAP.

SAP boasts a retention rate of about 90% for their autistic employees. Part of that may be due to the fact they're not just set adrift in the workplace all alone. Each participant in the program is assigned a mentor from within the company – like an on-site guardian angel.

Gabby Robertson-Cawley, who has a cousin on the spectrum, volunteered to work with Gloria. "I think it's just the rewards of getting to be friends with these colleagues who have autism – it's not something you get in your typical corporate day-to-day experience," Robertson-Cawley said.

He bought a car and drives himself to work – and for the first time, he says, looks forward to arriving at a place where he's accepted for who he is.