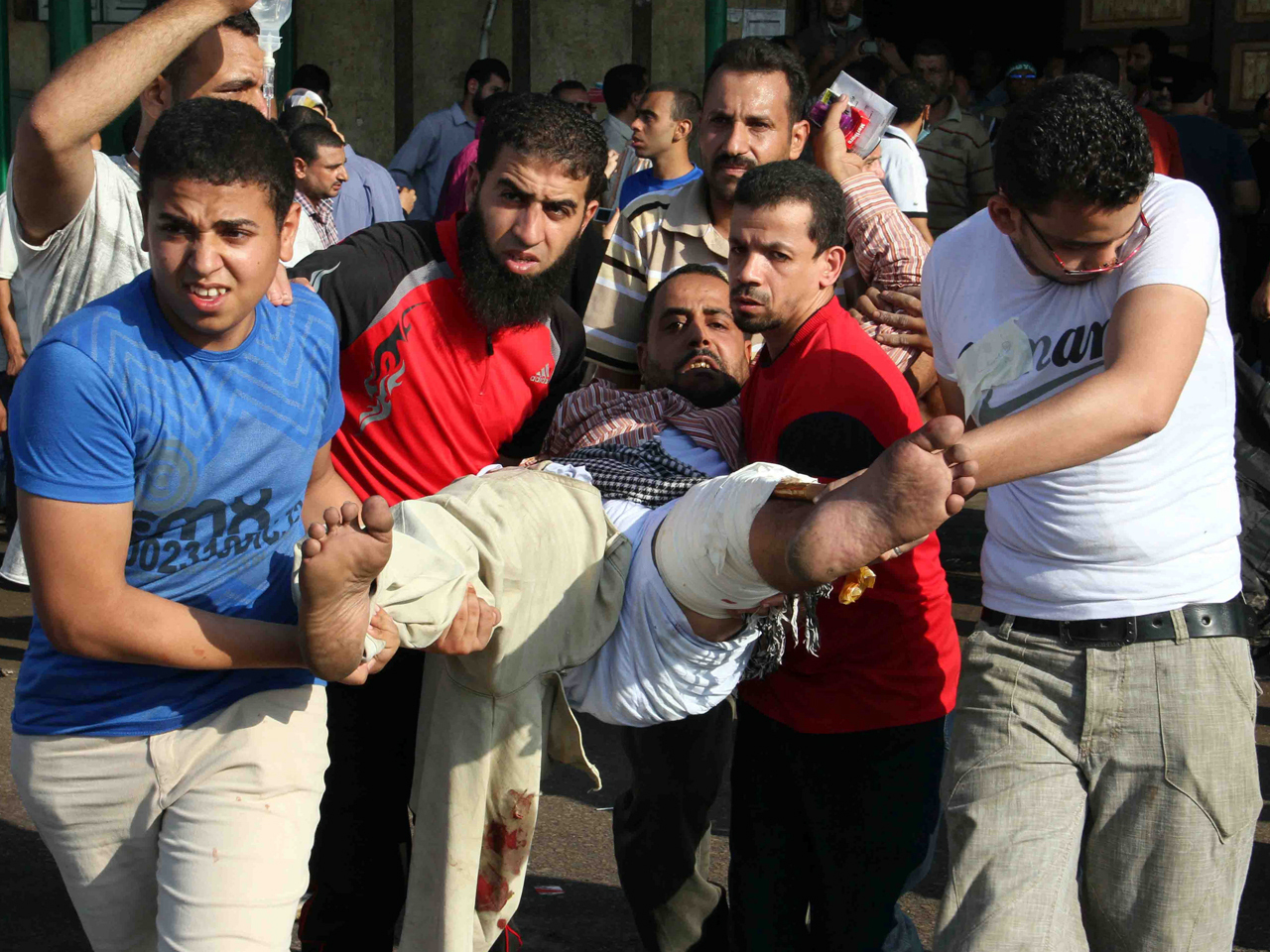 DETROIT Violent clashes in Egypt is causing a number of international companies to suspend their operations in the country.

"This was a precautionary safety measure to ensure employees would not be exposed to risks traveling to and from work," Daniel Frykholm, a spokesman for Swedish appliance maker Electrolux, said in an email. The company, which has about 6,700 workers in Egypt, asked employees to stay home Wednesday afternoon and Thursday. Friday and Saturday are the Egyptian weekend, and the company will decide Saturday evening if it's safe enough to resume normal operations, Frykholm said.

Royal Dutch Shell closed its offices Thursday. They will remain shuttered Friday and Saturday. The company also restricted employee travel as the violence continued and said it was monitoring the situation. It was unclear whether Shell's main production facility, a joint venture with Badr El-Din Petroleum Co., had been closed.

What a physicist can teach us about investing

General Motors' Egyptian operations will remain shut indefinitely, including a plant in the Cairo suburb of 6th October City where it makes cars, light trucks and minibuses. The auto giant has about 1,400 workers in Egypt, where in 1983 it became the first private automaker to establish operations in the country.

At least 698 people have been killed in violence that continues to rage after riot police razed two Cairo encampments where supporters of President Mohammed Morsi were protesting his ouster.

Morsi was deposed by the military on July 3 after months of protests against his rule.

On Friday, at least 60 people, including eight police officers, died in fighting nationwide. Tens of thousands of Muslim Brotherhood supporters clashed with civilians, police and troops in the fiercest street battles to engulf the capital since the country's Arab Spring uprising.

In Cairo, German retail giant Metro closed its headquarters, and its only two grocery stores in the capital were shuttered on Friday, a spokesman for the Duesseldorf company confirmed.

The chemical company BASF temporarily closed its manufacturing facilities and offices. BASF has been operating in Egypt for about 60 years and produces chemicals used in construction at a plant in the Cairo suburb of Sadat City.

"Egypt is one of the largest vehicle-producing nations in Africa and a major destination for several global automakers," he said in a research note.

GM began assembling the Chevrolet Move Microvan in Egypt last year amid efforts by local officials to develop the country's car industry. The government also has held talks with India's Tata Motors about partnering with a state-run company to build a vehicle manufacturing plant in Egypt. And Chinese automaker Zhejiang Geely Holding is eyeing the country as a possible manufacturing locale, Newton added.