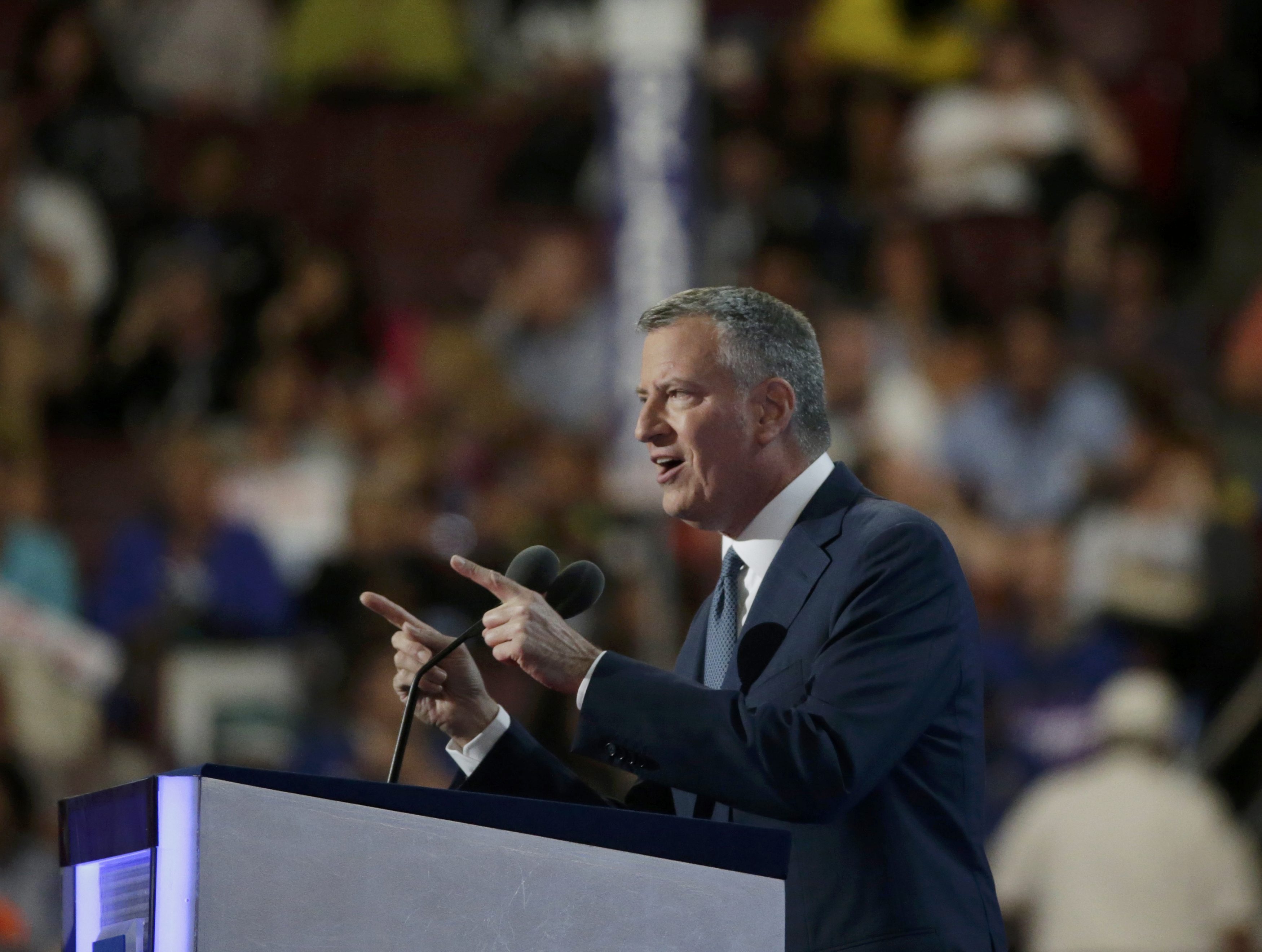 Take New York City mayor Bill de Blasio. His relationship with the press is almost Trumpian in its dysfunction. He feuds endlessly, pointlessly, and fruitlessly with the state’s governor, a fellow Democrat. His bid to become a progressive leader of nationwide stature fizzled embarrassingly during the 2016 primaries. He is, to put it mildly, less-than-beloved by the denizens of the city he governs.

And yet, he’s essentially a shoo-in for reelection in November.

So much of life is timing, and de Blasio had that. In 2013, when Mayor Michael Bloomberg’s long reign came to an end due to term limits, de Blasio jumped into a crowded mayoral field that included heir apparent Christine Quinn and Anthony Weiner.

De Blasio, at the time, held the high profile yet mostly ceremonial position of public advocate, a job created in the early 1990s for reasons too dumb to get into. He started off as a virtual nonentity in the polls, but Weiner, the original front runner, self-immolated in spectacular fashion, and Quinn, the city council speaker, couldn’t gain traction in a city bored with the status quo. She also made an enemy of the city’s powerful animal rights advocates, who were looking to ban horse carriages in Central Park.

In stepped de Blasio, running to the left of his competitors at the start of a nationwide progressive resurgence. He had never had a job that really prepared him to be mayor; his two predecessors, Bloomberg and Rudy Giuliani, both had reputations as efficient managers when they ran.

De Blasio, meanwhile, was best known for running Hillary Clinton’s successful campaign for Senate in 2000. That looks like a big accomplishment, or it does until you realize that that campaign was essentially run out of the Clinton White House by the president’s strategists, and that de Blasio was more of a front for the operation. Even in that extremely limited capacity, de Blasio was found lacking, and eventually pushed aside by the campaign.

But he had the right message: New York under Bloomberg, he argued, had done too much for the rich at the expense of everyone else. Taxes needed to be raised to pay for new services like universal pre-K and more affordable housing. Horse carriages must be banned. He won the Democratic primary handily, and in a left-leaning city tired of two decades of centrist rule, easily defeated his token Republican opponent.

What followed was a mess. But de Blasio, like Trump, is a consistent beneficiary of low expectations. Crime didn’t skyrocket, like his critics thought it would. There was not some great exodus of capital. The urban farms popping up in Brooklyn were not collectivized, and even the horse carriages stayed put. Comrade de Blaziovich, it turned out, was a lot more radical in theory than practice.

Still, de Blasio did not impress New Yorkers who were more-or-less happy with Bloomberg’s reign. The first big blizzard on his watch, back in 2014, was handled poorly – the wealthy Upper East Side, one of the few areas de Blasio didn’t dominate in the general election, went unplowed, which had rich New Yorkers complaining that they were being treated like kulaks.

His relationship with Gov. Andrew Cuomo quickly soured, and Albany was unwilling to back many of de Blasio’s big schemes, such as a new tax on millionaires. He showed up late seemingly everywhere he went, ditched events so he could go to the gym, was subjected to police protests that made news nationwide, and became a regular punching bag of the city’s big tabloids. Nothing he did seemed to work out quite right.

Along the way, de Blasio went to Iowa in an attempt to get Bernie Sanders and his former employer Hillary to compete for his endorsement (they didn’t, and he wound up sheepishly endorsing the latter to little fanfare). He also wound up entangled in two separate investigations into his shady fundraising practices, escaping with no indictment but much tut-tutting from the Manhattan D.A. As one prominent New York Democrat put it to me some months ago, de Blasio just keeps “tripping over his own d***.”

Maybe so, but luck was on his side. The economy was recovering. The city he inherited, so well administered by Bloomberg, kept humming. Trump won the White House, giving de Blasio a perfect foil in his fellow New Yorker. Centrist Democrats and Bloombergist liberals searched in vain for a primary challenger, but it was too tough an undertaking. For any candidate to be successful, they’d have to cut into de Blasio’s African-American base, and the candidates who could plausibly do that, most notably Brooklyn Rep. Hakeem Jeffries, all stayed on the sidelines. Too risky, they figured.

Now all that stands in de Blasio’s way is New York’s hapless GOP in a city where Democrats outnumber Republicans by a 6-to-1 margin. Assuming Jabba-esque supermarket magnate John Catsimatidis declines a run, their best bet is state Assemblywoman Nicole Malliotakis. Should she get into the race and somehow win, Malliotakis would be the city’s first female mayor. Unfortunately for her, Malliotakis hails from Staten Island, a borough the rest of the city sees as something of a cross between a suburb and a colony.

And so de Blasio marches on, and is thought to harbor bigger political ambitions. He’s all but certain to win in November. The only question left is how much farther his luck can take him.