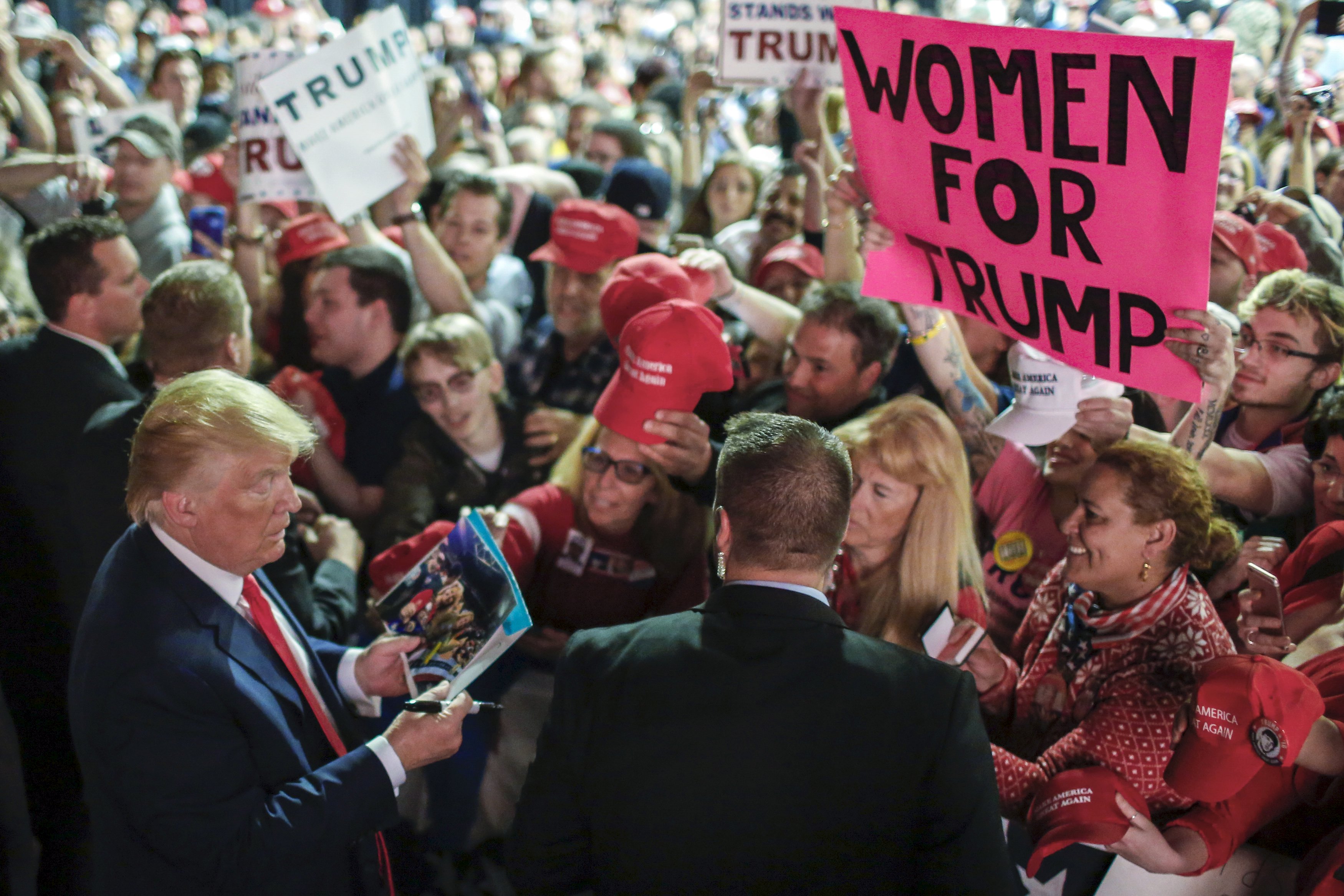 Virtually every piece of data we have indicates that Hillary Clinton will likely be the next president. Donald Trump is perhaps the single most unpopular presumptive party nominee in American history. He trails her nationally by roughly 10 points. She beats him in swing states; she beats him in deep-red states like Utah. To borrow a phrase from Ted Cruz, should these numbers hold we really could be looking a "Mondale-level bloodbath."

So President Hillary is a rather safe bet. At the same time, it's still silly to think Trump is doomed. It's rare for a presidential candidate to overcome that kind of polling deficit, but not unprecedented. And when we look at Trump's poll numbers versus his actual results in the past few contests, one could make the case that the polls are underestimating his support.

This isn't unheard of in politics -- far from it, in fact -- and may just show undecided voters breaking for Trump at the last minute. At some point the "ceiling" of 35 percent or so that pundits thought would doom had simply fallen apart, and Trump was just reaping the rewards.

But let us for a moment consider a different theory: what if some people just don't like admitting that they support Trump, but then go and pull the lever for him in the privacy of a voting booth?

It's no secret that, in much of the country, confessing that you're a Trump supporter can be a risky proposition. Even the groups backing him admit as much: "Sure, I get some grief when I say I'm voting for Donald Trump," says the star of one pro-Trump super PAC ad. He is, after all, the most divisive presidential candidate in modern times, one frequently associated with racism and misogyny. And many of Trump's detractors tend to see this election as a moral referendum -- that his supporters aren't just misguided, they're bad people, and dumb to boot.

This is not to say suggest most Trump supporters are keeping quiet about it; some people, the ones who go to his rallies decked out in Trump swag and the like, are out-and-proud backers. But it's not a stretch to imagine that some people, and particularly those in more left-leaning areas of the country, would rather avoid the grief that comes with backing Trump.

The classic theory of voters lying to pollsters en masse is known as the Bradley effect. It's named after Tom Bradley who, as mayor of Los Angeles, ran to become the first African American governor of California in 1982. He lost, despite leading in the polls, leading some political scientists to speculate that voters had said they supported him due to social desirability bias: the tendency of people to give answers they think will be viewed favorably by others.

So what we might -- might -- be seeing with Trump is sort of an inverse Bradley effect: When asked by pollsters if they support Trump, a non-negligible number of people say they won't vote for him due to social desirability bias, and then do so anyway. It's a bit like the "Shy Tory" phenomenon in Britain, where some voters refuse to admit to pollsters that they were voting Conservative due to the social stigma. Perhaps it stands to reason that America could have a rather significant population of -- and please forgive the expression -- Shy Trumpies.

The question of whether social desirability bias might be skewing Trump's polling averages came up late last year. In poll after poll, it seemed, Trump performed markedly better when respondents didn't have to tell an actual human being that they supported him. The polling company Morning Consult wondered why this was, and decided to try an experiment.

The company polled 2,397 potential Republican voters using three different and randomly assigned methods: live interviews via phone, an online survey, and a technique wherein people were called and asked recorded questions that they then answer by pressing numbers on their phone.

Sure enough, the experiment found "that Trump performs about six percentage points better online than via live telephone interviewing" -- 10 points better among respondents with college degrees when they were given an online survey, and more than 10 points better in the online survey among those with some college education. The likely culprit for this breakdown? You guessed it: social desirability bias.

Granted, there are a number of caveats we should consider before we go assuming that polls are underestimating Trump's support. For one thing, the Morning Consult survey wasn't conclusive on whether social desirability bias was affecting Trump's polling numbers. For another, even if social desirability bias played a role among Republican primary voters, it's not certain that the larger electorate would mirror that behavior.

And while Trump outperformed his polling averages in recent contests, that hasn't always been the case, and he actually slightly underperformed them in a number of races before New York. Besides, polling is, as we are often reminded, just a "snapshot in time," and the fact that Trump finished a little higher than he polled may just be telling us that polls aren't perfect gauges of popular support.

Still, it makes sense on an intuitive level that some people just don't want to admit they're supporting Trump, and that this could affect his polling averages. When I asked one veteran Republican strategist whether he thought social desirability bias was causing pollsters to underestimate Trump's support, he replied, somewhat to my surprise, "absolutely." (This strategist, I should add, will not be voting for Trump.)

The idea that an inverse Bradley effect is at play shouldn't be taken as an article of faith -- but it probably shouldn't be dismissed, either. We've seen that opinions of Trump improve in online surveys that are anonymous, and also that it's clear that saying out loud that you like Trump can elicit swift and unpleasant reactions. So, should Trump again outperform his polling among the broader population in November, it could be a sign that those "shy Trumpies" who preferred to keep their support for him a secret were the ones who made the difference.

Congressman from Nebraska indicted for lying to federal investigators
Will Rahn