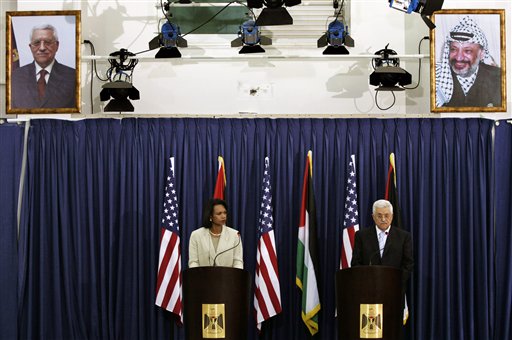 Fierce fighting in recent months has devastated the ranks of the Taliban, prompting the rebels to recruit children and force some families to provide one son to fight with them, a U.S. commander said.

The fighting has fractured the Taliban's command structure, preventing the militants from regrouping, even though there has been an upsurge in violence, Maj. Gen. Jason Kamiya, the U.S. military operational commander in Afghanistan, told The Associated Press in an interview Saturday.

Despite the setback — more than 500 rebels have been killed since March — the militants are likely to step up attacks in the lead-up to crucial Sept. 18 legislative elections, he said.

"The Taliban and al Qaeda feel that this is their final chance to impede Afghanistan's progress to ... becoming a nation," Kamiya said. "They will challenge us all the way through Sept. 18."

He said the rebels were desperately trying to recruit new fighters to replace those killed recently, and has even forced families in some areas "to give up one son to fight."

"They have been hit so hard they now have to recruit more fighters. They are recruiting younger and younger fighters: 14, 15 and 16 years-old," Kamiya said. "The enemy is having a hard time keeping its recruit rates up."

While the rebels have long been thought to have children in their ranks, there have been few reports of wide-scale child recruiting by the Taliban — especially of those as young as 14.

Kamiya's comments come two days after the United Nations said that the majority of an estimated 8,000 child soldiers in Afghanistan — mostly in the ranks of private militias now allied to the government — would have been demobilized and enrolled in education programs by the end of this year.

The effort has focused largely on areas outside the country's southern and eastern regions, where the Taliban are strongest.

Afghan officials repeatedly have said that many of the Taliban's fighters come from Islamic boarding schools, or madrassas, in Pakistan. But Kamiya said the Taliban was now getting most of its fresh recruits from inside Afghanistan

He said part of the reason the rebels have suffered such unprecedented losses recently was that they have been caught gathering in large groups three times since April and pounded by airstrikes and ground forces. Some 170 suspected insurgents were killed in a weeklong battle in June in a mountainous militant hideout.

"There is no (rebel) organizational chain of command ... because we have succeeded thus far in disrupting their means to regroup and conduct a coordinated attack," Kamiya said. "They can no longer move around with impunity."

His comments came despite U.S. forces last month suffering their deadliest loss since ousting the Taliban in 2001, when militants ambushed a U.S. Navy SEAL team killing three commandos, and hours later shooting down a special forces helicopter with 16 troops on board. Since March, when the rebels increased their attacks, 45 U.S. troops have been killed.

Hundreds of Afghans also have been slain in recent months in near-daily ambushes, bombings and execution-style killings. The increase in violence has prompted local politicians and international observers to caution that three years of progress toward peace was threatened.

In the latest violence, suspected rebels fatally shot a district judge in southern Kandahar province Saturday, a day after militants killed a local administrator in the same area. Two Afghan election workers were kidnapped by unidentified assailants in northeastern Nuristan province Friday, but released unharmed the next day, officials said.

The violence has prompted the U.S. military to deploy an extra 700 troops to Afghanistan to bolster the 20,000-strong U.S.-led coalition. A separate 8,000-strong NATO-led force is also bringing in 3,000 more troops to boost security ahead of the polls.