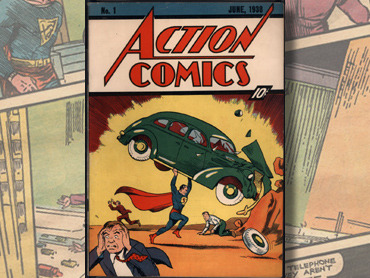 NEW YORK (CBS) A comic-book dealer says he morphed into a superhero to foil a thief who tried to steal thousands of dollars worth of rare comics, at a convention in New York on Saturday.

Unfortunately, Turner reportedly had an accomplice, who did manage to steal away with several other rare comics, including a copy of Whiz Comics No. 1 worth $11,000, according to The Post.

Turner was charged with grand larceny and criminal possession of stolen property, according to a Manhattan Criminal Court complaint obtained by the paper.