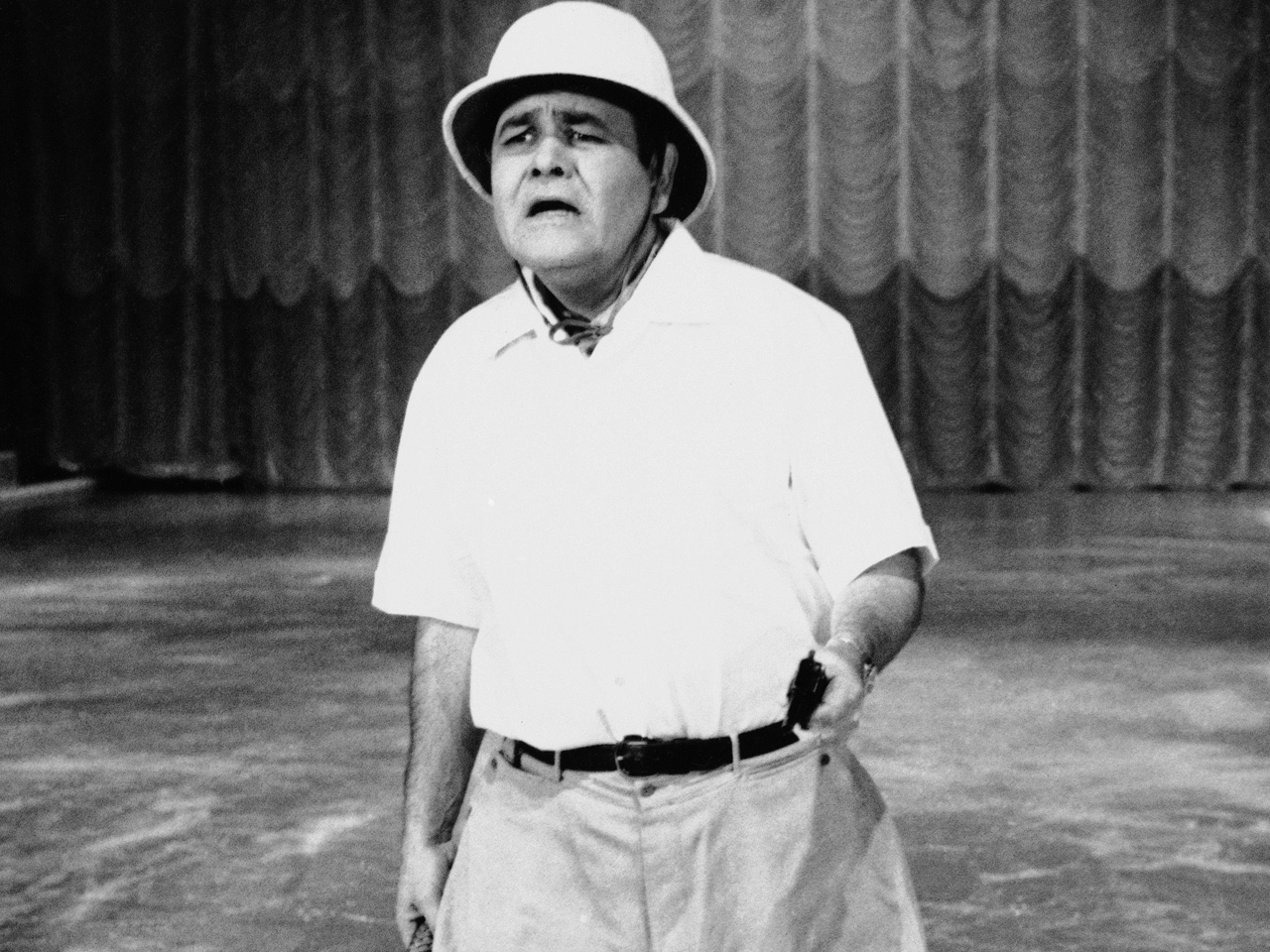 Comedian Jonathan Winters, whose breakneck improvisations inspired Robin Williams, Jim Carrey and many others, has died at age 87.

Winters was a pioneer of improvisational standup comedy, with an exceptional gift for mimicry, a grab bag of eccentric personalities and a bottomless reservoir of creative energy. Facial contortions, sound effects, tall tales -- all could be used in a matter of seconds to get a laugh.

"As a kid, I always wanted to be lots of things," Winters told U.S. News & World Report in 1988. "I was a Walter Mitty type. I wanted to be in the French Foreign Legion, a detective, a doctor, a test pilot with a scarf, a fisherman who hauled in a tremendous marlin after a 12-hour fight."

The humor most often was based in reality -- his characters Maude Frickert and Elwood P. Suggins, for example, were based on people Winters knew growing up in Ohio.

A devotee of Groucho Marx and Laurel and Hardy, Winters and his free-for-all brand of humor inspired Johnny Carson, Billy Crystal, Tracey Ullman and Lily Tomlin, among others. But Williams and Carrey are his best-known followers.

Winters, who battled alcoholism and depression for years, was introduced to millions of new fans in 1981 as the son of Williams' goofball alien and his earthling wife in the final season of ABC's "Mork and Mindy."

The two often strayed from the script. Said Williams: "The best stuff was before the cameras were on, when he was open and free to create. ... Jonathan would just blow the doors off."

Winters' only Emmy was for best-supporting actor for playing Randy Quaid's father in the sitcom "Davis Rules" (1991). He was nominated again in 2003 as outstanding guest actor in a comedy series for an appearance on "Life With Bonnie."

He also won two Grammys: One for his work on "The Little Prince" album in 1975 another for his "Crank Calls" comedy album in 1996. He also won the Kennedy Center's second Mark Twain Prize for Humor in 1999, a year after Richard Pryor.

Winters was sought out in later years for his changeling voice and he contributed to numerous cartoons and animated films. Fittingly, he played three characters in the "The Adventures of Rocky and Bullwinkle" movie in 2000.

"These voices are always screaming to get out," he told the Fort Worth Star-Telegram that year. "They follow me around pretty much all day and night."

Winters had made television history in 1956, when RCA broadcast the first public demonstration of color videotape on "The Jonathan Winters Show."

Winters quickly realized the possibilities, author David Hajdu wrote in The New York Times in 2006. He soon used video technology "to appear as two characters, bantering back and forth, seemingly in the studio at the same time. You could say he invented the video stunt."

Winters was born Nov. 11, 1925, in Dayton, Ohio. Growing up during the Depression as an only child whose parents divorced when he was 7, Winters spent a lot of time entertaining himself.

Winters described his father as an alcoholic. But he found a comedic mentor in his mother, radio personality Alice Bahman.

"She was very fast. Whatever humor I've inherited I'd have to give credit to her," Winters told the Cincinnati Enquirer in 2000.

Winters joined the Marines at 17 and served two years in the South Pacific. He returned to study at the Dayton Art Institute, helping him develop keen observational skills. At one point, he won a talent contest (and the first prize of a watch) by doing impressions of movie stars.

After stints as a radio disc jockey and TV host in Ohio from 1950-53, he left for New York, where he found early work doing impressions of John Wayne, Cary Grant, Marx and James Cagney, among others.

One night after a show, an older man sweeping up told him he wasn't breaking any new ground by mimicking the rich or famous.

"He said, 'What's the matter with those characters in Ohio? I'll bet there are some far-out dudes that you grew up with back in Ohio,'" Winters told the Orange County Register in 1997.

Two days later, he cooked up one of his most famous characters: the hard-drinking, dirty old woman Maude Frickert, modeled in part on his own mother and an aunt. The character was the forerunner of Johnny Carson's Aunt Blabby.

Appearances on Paar's show and others followed and Winters soon had a following. And before long, he was struggling with depression and his drinking.

"I became a robot," Winters told TV critics in 2000. "I almost lost my sense of humor ... I had a breakdown and I turned myself in (to a mental hospital). It's the hardest thing I've ever had to do."

Winters was hospitalized for eight months in the early 1960s. It's a topic he rarely addressed and never dwelled on.

"If you make a couple of hundred thousand dollars a year and you're talking about to the blue-collar guy who's a farmer 200 miles south of Topeka, he's looking up and saying, `That bastard makes (all that money) and he's crying about being a manic depressive?'" Winters said.

When he got out, there was a role as a slow-witted character waiting in the 1963 ensemble film "It's a Mad, Mad, Mad, Mad World."

"I finally opened up and realized I was in charge," Winters told PBS interviewers for 2000's "Jonathan Winters: On the Loose." "Improvisation is about taking chances, and I was ready to take chances."

Roles in other movies followed, as did TV shows, including his own. But while show business kept Winters busy, he stayed with his painting.

"I find painting a much slower process than comedy, where you can go a mile a minute verbally and hope to God that some of the people out there understand you," he told U.S. News and World Report in 1988. "I don't paint every day. I'm not that motivated. I don't do anything the same every day. Discipline is tough for a guy who is a rebel."

Among his books is a collection of short stories called "Winters' Tales" (1987). He also was a painter.

"I've done for the most part pretty much what I intended - I ended up doing comedy, writing and painting," he told U.S. News. "I've had a ball. And as I get older, I just become an older kid."