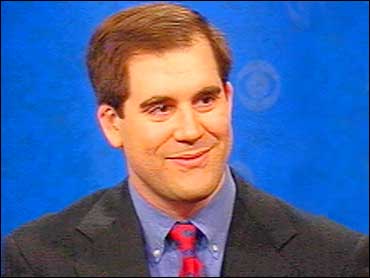 Initial testing of a suspicious powder found in an industrial facility in Iraq showed that the substance was not a chemical weapon. That's according to a U.S. Army colonel. But that discovery did little to ease fears that Iraq's arsenal may include chemical and biological weapons.

Stephen Black, a former U.N. weapons inspector and a CBS News analyst said he is not surprised chemical weapons have not been found.

"The areas where coalition forces are operating are areas the (Iraqi) government didn't trust in the first place, so they aren't going to hide their crown jewels in bad neighborhoods," Black said.

He expects there will be nerve agent antidotes, but says they are not red flags that chemical weapons are present. Equipment such as gas masks and suits may be found spread all over Iraq, so he says the challenge is to "look for the actual weapons and not be so fixated on equipment."

The work will not be easy because the search for chemical weapons will be conducted in 100-degree heat in some places. Black says the troops will have to drink a lot of water to do their job.

In regard to the tape in which a man purported to be Saddam Hussein was shown walking the streets of Baghdad greeting Iraqis, Black feels it had the desired effect on the people of Iraq.

"Well, we'll spend a lot of time over here, trying to figure out was that Saddam or a double, or was it yesterday or a year ago? For the people of Iraq, it doesn't matter, it's made it down the rumor mill that Saddam is alive, he was out in the streets, everybody has heard that story, and that's enough to keep them from rising up against the government, taking matters into their own hands. They are not going to do that as long as there's a possibility he might come back," Black said.

Black added, "At this point it's a fight for control of the minds of the average Iraqis. If the Iraqis look out their windows, and see Baath party activists in the street, they are not coming out of their homes, if they see U.S. Troops, they will think about taking matters into their own hands, and clearing out the rabble."