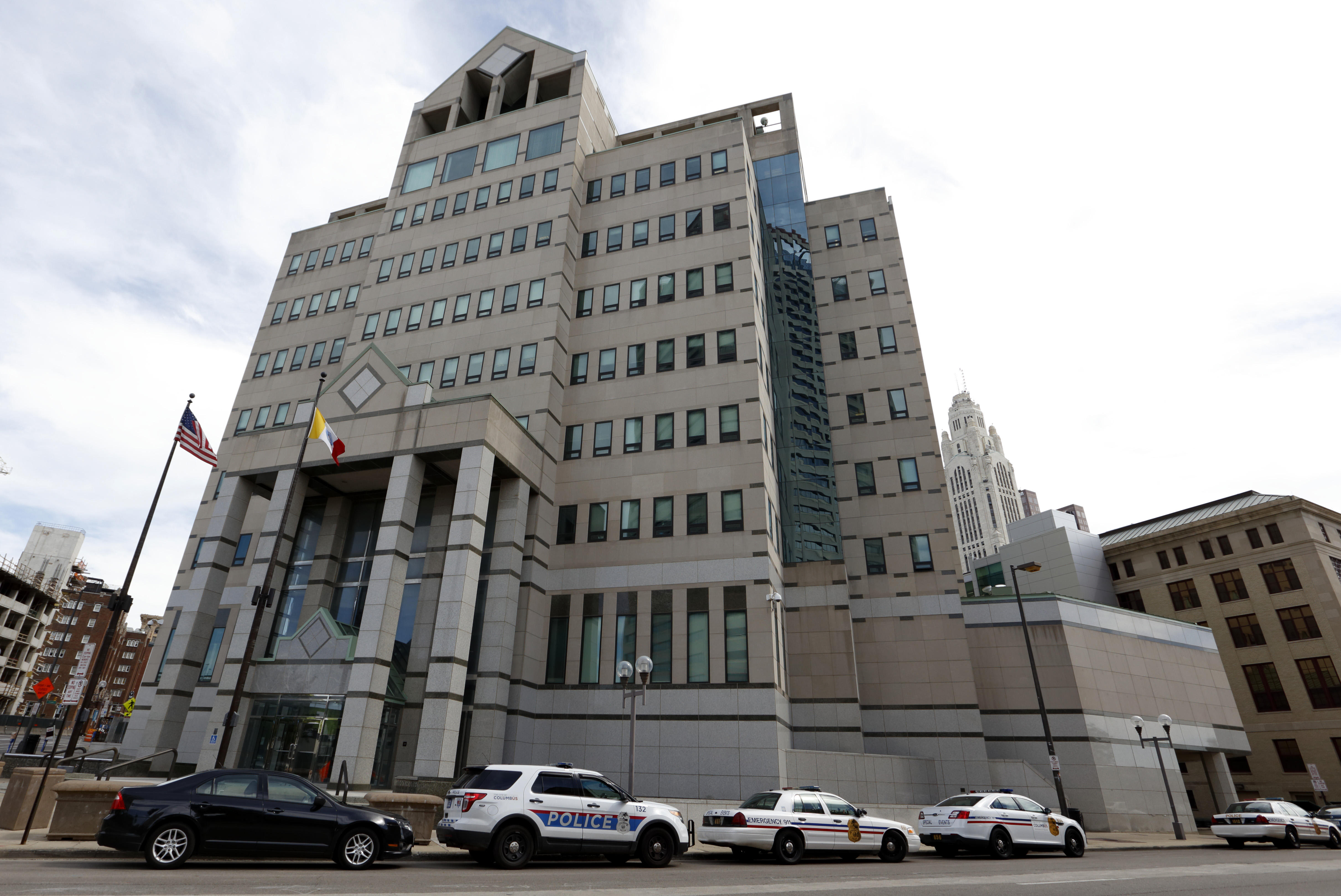 COLUMBUS, Ohio -- Columbus police continue to use excessive force against residents and, in particular, black residents nearly 20 years after the government sued over similar allegations, according to a federal lawsuit filed against the city.

At issue is the Sept. 1 arrest of Davis inside a Columbus convenience store where officers tried to arrest him on a warrant alleging he assaulted an officer last year.

The lawsuit was filed as unrest continues in St. Louis after a white former police officer was acquitted in the killing of a black suspect.

Monday morning, a racially mixed crowd of demonstrators locked arms and marched quietly through downtown St. Louis to protest a judge's announcement that he found Jason Stockley not guilty in the 2011 death of Anthony Lamar Smith. The march came one day after hundreds of riot police mobilized in downtown St. Louis, arresting more than 80 people and seizing weapons amid reports of property damage and vandalism. The arrests came after demonstrators ignored orders to disperse, police said.

In the Ohio case, cellphone video of the arrest showed officers struggling to subdue Davis and eventually punching and kicking him. Afterward, police spokesman Sgt. Dean Worthington said use of force depends on a suspect's behavior and police policy does allow for punching and kicking.

Officers at the scene shielded fellow officers attacking Davis to keep witnesses from seeing and tried to cover up what happened by falsely claiming Davis put them in harm, the lawsuit said.

Davis' mother, Valerie Davis Johnson, told CBS Columbus affiliate WBNS-TV her son suffered kidney damage from the incident. "I was totally, totally shocked. I totally got sick. I was sickened...very sickened," said Johnson. "We're not out for revenge. But we are out for justice. That I want done."

Last week, police chief Kimberly Jacobs said an officer was pulled from patrol duties over comments he made during Davis' arrest. "I'm going to choke the life out of you," the officer said at one point, referring to how he would have handled the arrest.

Jacobs said she was appalled by the inappropriate and unprofessional comments made by the officer.

Seventeen years after the Justice Department sued Columbus, "the unconstitutional conduct of the City of Columbus Police Department towards civilians, particularly African-Americans, has not changed," the lawsuit said.

"Our officers are sworn to protect and serve," said police department spokeswoman Denise Alex-Bouzounis in a statement Monday, "not to protect and serve those of a particular race, ethnic background, or socioeconomic status." She declined further comment.

In 2004, the Justice Department officially closed a case that accused Columbus police of illegal searches and using excessive force.

A federal judge in 2002 dismissed the department's lawsuit after the city made changes on the use of police force and handling of complaints against officers.

The Justice Department said it was satisfied the city complied with its new policies. As part of the dismissal in September 2002, the city agreed to give the government videotapes of recruit and on-the-job training.

The Justice Department in 1999 accused officers of routinely violating citizens' civil rights through illegal searches, false arrests and excessive force. The 1999 lawsuit said the abuses were condoned because police supervisors did not adequately discipline the officers who committed them. The city and police union denied the allegations.

The city was the first in the nation to fight such a lawsuit in court.

The department also faces ongoing criticism for the fatal police shooting of 13-year-old Tyre King in September 2016, and the June 2016 shooting of Henry Green by plainclothes officers working in a summer program targeting violence-prone neighborhoods. Both King and Green were black and the officers who shot them were white.

In July, the city fired a white officer seen kicking a subdued black suspect in the head. The officer is appealing; he was also involved in the fatal shooting of Henry Green.