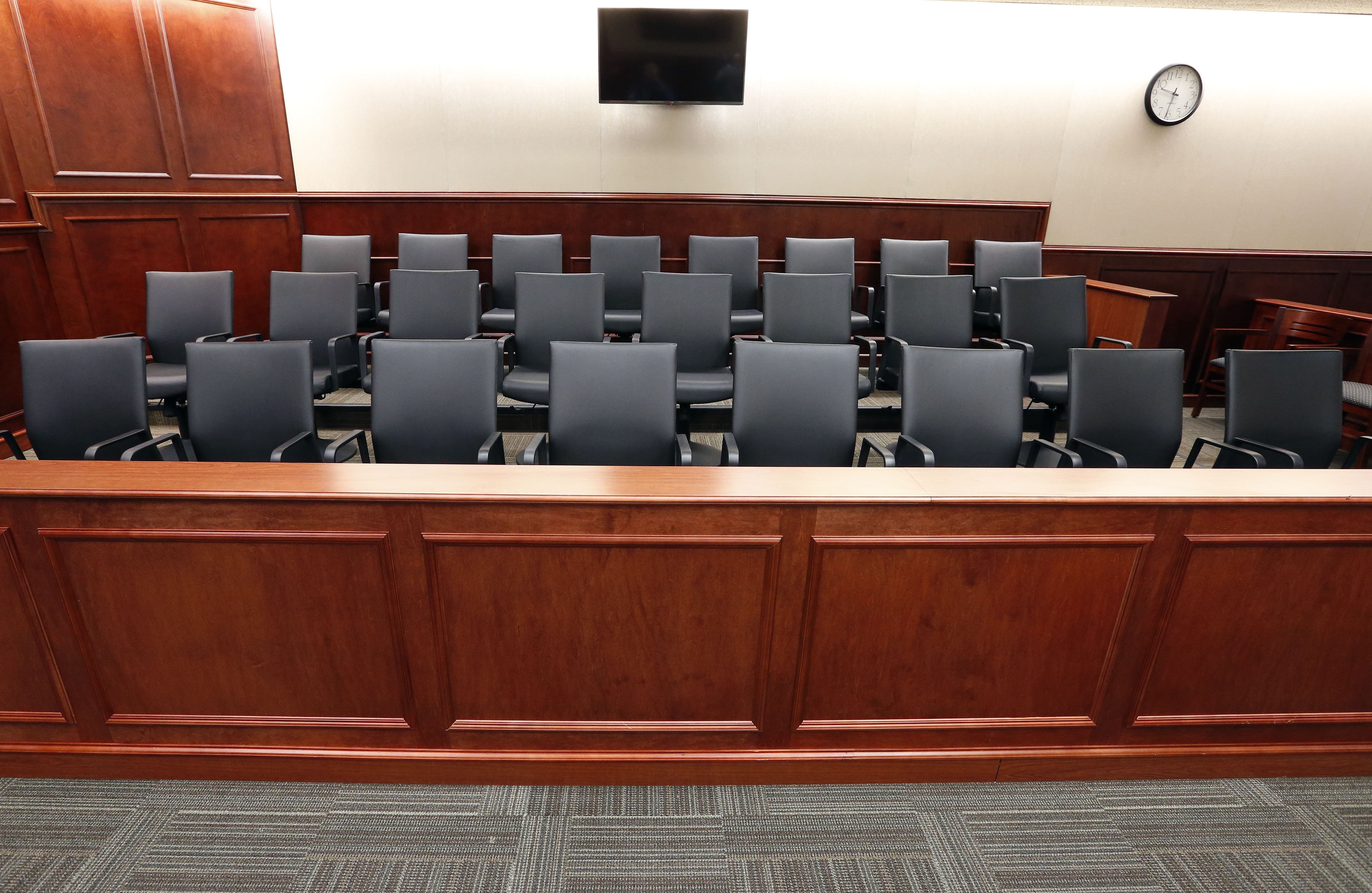 CENTENNIAL, Colo. - A judge presiding over jury selection in the Colorado theater shooting case qualified a survivor of the 1999 Columbine High School shootings on Monday to move on to the final stage of jury selection after the person said he could be fair, despite having been childhood friends with the school shooters and the prom date of a victim.

The potential juror said that after "a decade of therapy to get over [the shooting]," and giving it "tons" of thought, he came to the conclusion that having experienced the Columbine shooting might make him a more capable juror.

The potential juror, identified only as #737, said he was in Columbine High School at the time of the April 1999 shooting, but he did not witness it. He said he was able to escape the school and was uninjured.

The potential juror said that after receiving the juror summons, he suspected it might be for the Aurora, Colo. theater shooting trial and his "knee jerk reaction was, 'I can't do this!'" But after giving it further thought, he concluded he would be able to serve as a fair and impartial juror.

The shooting at Columbine High School left 12 students and a teacher dead. The two teenage gunmen - Dylan Klebold and Eric Harris - killed themselves.

If selected, the potential juror would be tasked with deciding whether James Holmes should be sentenced to death for a 2012 shooting at an Aurora, Colo. movie theater that left 12 people dead and 70 others injured.

Holmes has pleaded not guilty by reason of insanity.

More than 70 jurors have been qualified for the final stage of jury selection in the case, but Monday defense attorneys again asked a judge to move the trial out of Arapahoe County, arguing negative publicity surrounding the attack has biased the jury pool.

The request comes nearly two months into jury selection and after a judge summoned more than 9,000 prospective jurors - a number that experts called the biggest jury pool in U.S. history.

The defense initially sought a change of venue last year, but the judge did not rule on the request, saying attorneys should try to find impartial jurors within the county.

Prosecutors have until March 27 to file their response to the latest defense demand to move the proceedings.

Moving the trial could be costly and difficult.

A courtroom in the Centennial courthouse has been remodeled at a cost of $26,400 to accommodate the 12-member jury and 12 alternates the judge is seeking.

A new venue also would raise questions about housing and transporting Holmes. In Centennial, where the case is stationed now, deputies can move him between the courthouse and neighboring jail relatively easily.