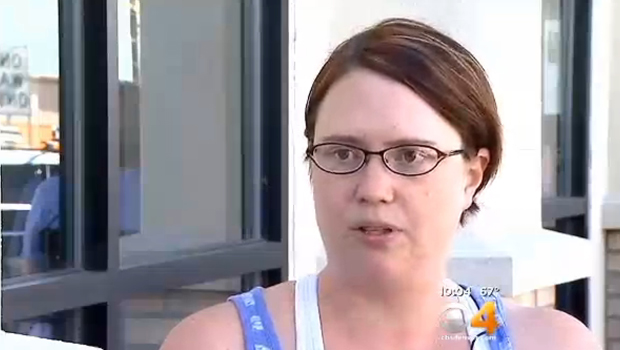 The firing of a Colorado school's kitchen manager may be more complicated than she is suggesting.

Della Curry, the former kitchen manager at Dakota Valley Elementary School in Aurora, lost her job on Friday after giving school lunches to students who didn't have any money.

She says she was let go for handing out free meals to kids who couldn't pay.

But in a statement, the school district said: "Miss Curry was not dismissed for giving free food to financially disadvantaged students. Numerous documented incidents resulted in the action taken. We are unable to fully disclose all of the details concerning her dismissal without her permission."

Curry told CBS Denver station KCNC-TV that she had no regrets about giving out the free food.

"I had a first-grader in front of me, crying, because she doesn't have enough money for lunch. Yes, I gave her lunch," Curry said.

Curry's story has unleashed a torrent of criticism against the school district.

KCNC-TV's Tom Mustin spoke for the first time on camera with the Cherry Creek School District.

"It is so unfortunate that she is able to provide inaccurate information that I can't address because of state privacy issues," school district spokesperson Tustin Amole said.

Amole said Curry's firing had nothing to do with giving away food.

"There are a number of documented issues that would have led to the action that we took," she said.

"It has nothing to do with her giving free food to hungry kids?" Mustin asked Amole.

"There are no hungry kids. We feed every child," Amole responded.

Amole said she can't go into specifics without permission from Curry to release her personnel file -- something Curry has no intention of doing.

"I think they're trying to protect themselves, which is fine. But all I can tell you is the truth," Curry said.