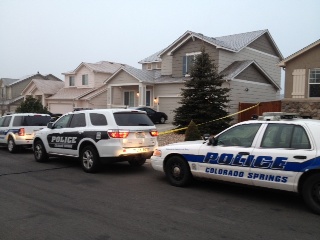 COLORADO SPRINGS, Colo. - Police say a 14-year-old Colorado girl was killed by her stepfather after he fired a gunshot, apparently thinking she was a burglar.

According to CBS affiliate KKTV, the incident happened at around 6 a.m. Monday.

Colorado Springs police spokesman Larry Herbert said the girl's stepfather fired the weapon, but said it was unclear if he had in fact mistaken the girl for a burglar.

The girl died after being taken to a hospital.

The stepfather hasn't been arrested and it will be up to prosecutors to decide whether charges should be filed. Colorado's so-called "Make My Day" law allows residents in many instances to forcefully defend themselves against home intruders.

The law's name refers to the line "Go ahead, make my day" spoken by actor Clint Eastwood's character in the 1983 film "Sudden Impact."