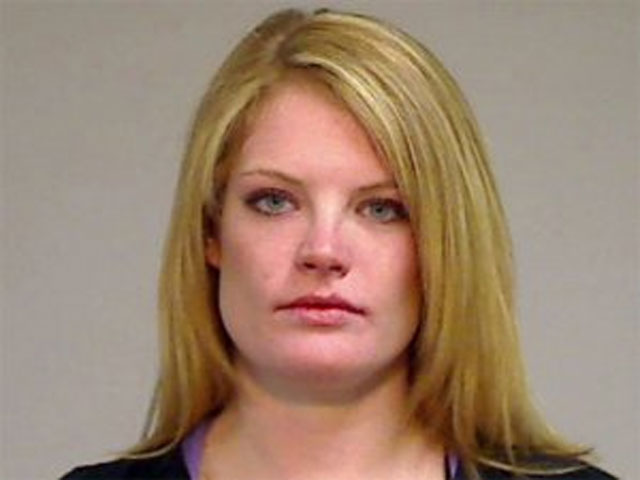 (CBS) EAGLE, Colo. - A high school teacher was arrested last week after she was allegedly caught having sex with a 17-year-old male student in the teacher's bathroom.

According to CBS Denver, Lauren Redfern, 26, was charged with sexual assault on a child by a person in a position of trust with a pattern of sexual abuse, a class 3 felony. She was the teen's study hall teacher at Basalt High School.

"They were caught in a room they shouldn't have been in together and that's what started this investigation. And they admitted what was going on," said Eagle County Undersheriff Mike McWilliams.

McWilliams also said sexual acts between Redfern and the teen occurred over a four-month period at both her home and the student's home.

Redfern, who coached the girls basketball team and was herself a star player at the school when she attended, was placed on paid leave last week. She was booked into jail on Thursday after turning herself in to authorities. She later put up the $5,000 bond needed to be released, reports CBS Denver.

As a condition of her bond, Redfern is not allowed to contact her alleged victim or any children under 18. McWilliams says she could face four to 16 years in prison if convicted.

"Potentially it can be four to 16 years in the state penitentiary," said McWilliams.