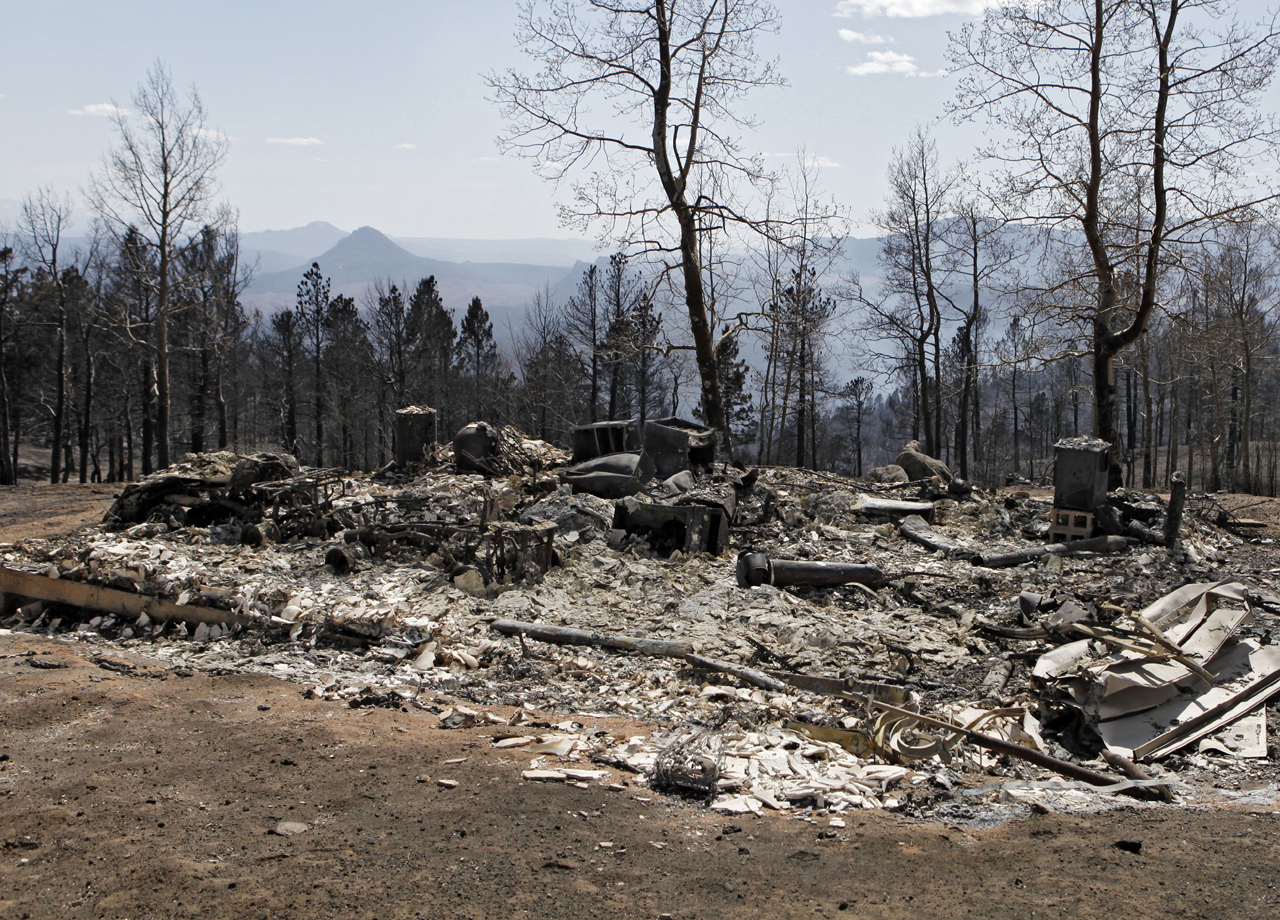 (AP) CONIFER, Colo. - Authorities said Friday that they were investigating problems with an emergency notification system because some residents who had signed up to get wildfire warnings never got one.

About 12 percent of people failed to get a warning about a wildfire in the mountains southwest of Denver on Monday. Jefferson County sheriff's spokesman Mark Techmeyer said that some of those people likely hung up after hearing the pause that precedes the automated message or that their phone may have been busy.

He said there was no attempt to reach an unknown number of other people registered to get them.

The company that handles the system, FirstCall Network Inc., has said it worked exactly as it should, but Techmeyer said the county needs to find out more about what happened.

The calls went out in two waves, and the first wave included a number of people outside the evacuation area and some outside Colorado. He didn't know the locations of the out-of-area phones that got calls, or the times of the two waves.

Sheriff's officials said they were trying to get more data from FirstCall but said that may take a while. They voiced frustration with the company.

"If we have to get a new provider, we will," sheriff's spokeswoman Jacki Kelley said.

Firefighters were working to contain more of the 6-square-mile wildfire, which was apparently sparked by a state controlled burn that sprang to life because of strong winds. Winds were forecast to return Saturday but not expected to be as strong as originally predicted.

Coe Meyer on Thursday viewed his burned home for the first time since leaving. He criticized the state for conducting a controlled burn after such a dry March.

Mary Thuente said her neighbors got an automated call warning them to flee their homes, but she never got one before she left.

Jack Ogg doesn't think he got a telephone warning either, though it's possible it may have come while he was outside rounding up his dogs and his neighbors' pets. After that, he rushed away with 15 people and animals squeezed into his Jeep after firefighters asked him to take neighbors with him.

A couple found dead in the burn area — Sam Lamar Lucas, 77, and Linda M. Lucas, 76 — received an evacuation call, but it was not clear when, Kelley said.

Ann Appel, who remains missing in the fire zone, also was called, Kelley said. Techmeyer said a search team planned to scour another 80 acres inside the zone on Friday.

One of the Lucases' neighbors, Eddie Schneider, said he didn't get a call and he knew the couple was packed to go if they received an order to evacuate. Schneider said he left after a firefighter warned him.

The fire has damaged or destroyed about 25 homes. Crews have cleared lines on 45 percent of the fire's 8.5-mile perimeter.

While residents raised concerns about the phone notification system, Pueblo County emergency managers said they have used their system without major problems. Those instances, however, generally involve less than 100 calls, said Tim Nawrocki, communications manager for the county Office of Emergency Management.

"It does automatic redials for numbers that were busy or there was no pickup," he said.

Phone numbers for residents with land lines are placed into the system's database by the same company that provides the locations of people who make 911 calls, Nawrocki said. People who have only cellphones must go to a website to register their numbers.

System managers can determine what areas get the calls by mapping them on a computer screen or entering address parameters.

"But usually the simplest is to draw a radius around the incident," Nawrocki said.

El Paso County has found that there can be delays if a larger area must be called, or if the system needs to call back many people who don't answer, sheriff's Lt. Lari Sevene said. Officials educate residents about what to expect on caller ID, so they don't inadvertently ignore an alert.

Sevene said she also reminds residents near wildfires that they can leave before getting an evacuation call.

"If there's a shift in wind, that shift could happen before we have an opportunity to change our messaging," she said.

State and federal agencies usually give some public notice of prescribed burns, partly to warn residents not to be alarmed if they see smoke. The state Forest Service won't release details on what kind of warning was given to residents near this fire because that will be examined in an independent review of the blaze, spokesman Ryan Lockwood said.

Gov. John Hickenlooper has ordered a suspension on prescribed burns on state land and pledged a thorough review of the rules for such fires.

Asked whether the state should reimburse residents for their losses, Hickenlooper said Colorado has traditionally relied on individual homeowners to insure themselves. Coloradans could change the rules and make the state financially liable for damages linked to the actions of state employees, but that would require tax increases, he said.