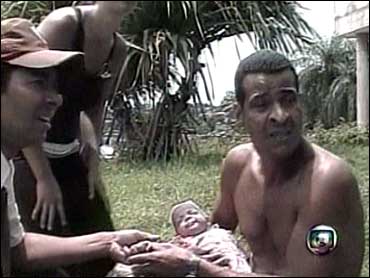 College football opens with a Classic weekend -- four games over three days featuring coaching debuts at Nebraska and Southern California and five of the Top 25 teams in the preseason poll.

Frank Solich takes center stage on Saturday when he leads No. 4 Nebraska against Louisiana Tech in the Cornhuskers' first game not coached by Tom Osborne since 1973.

"I don't know if I'll be nervous. I'd classify it more as excitement," Solich said. "But there is still that kind of nervous feeling many athletes and coaches probably have, and it'll definitely be there. But I know we'll have done the right things in preparing for the game."

Also on Saturday, No. 15 Colorado State, the favorite in the Western Athletic Conference, visits No. 23 Michigan State in the Black Coaches' Association Classic.

On Sunday, Purdue plays at Southern California, where coach Paul Hackett replaces the fired John Robinson, in the Pigskin Classic.

The flurry of games ends Monday night, when No. 2 Florida State plays No. 14 Texas A&M in the Kickoff Classic at Giants Stadium.

"It's a little like a bowl game atmosphere," Seminoles coach Bobby Bowden said. "We'll go to the Meadowlands, take a tour, see the Statue of Liberty ... but our preparation has been like it would be for any opening ballgame."

The Cornhuskers, favored by nearly five touchdowns over Louisiana Tech, are coming off a perfect season and co-national title. But there are holes to fill. Usually, the transition is a smooth one, but with a new coach there could be a few bumps in the road.

Sophomore Bobb Newcombe replaces Scott Frost at quarterback, with DeAngelo Evans (rarely 100 percent healthy) at I-back and four new offensive linemen. Newcombe, who excelled as a wingback and return man in 1997, might be the quickest quarterback ever at Nebraska.

On defense, the Cornhuskers have Mike Rucker stepping in for departed All-American end Grant Wistrom and a secondary led by cornerback Ralph Brown.

The Bulldogs, 9-2 in '97, won't be a pushover. With last year's total offense leader Tim Rattay throwing to Troy Edwards, the Huskers face problems similar to the ones Daunte Culpepper of Central Florida posed.

Culpepper threw for 318 yards and a touchdown as the Knights led 17-14 at the half before falling 38-24. Rattay is capable of putting up big numbers against the Huskers.

In the kickoff classic, 26-year-old Chris Weinke opens at quarterback for the Seminoles. Weinke, who spent six years playing baseball in the Toronto Blue Jays organization, starts in place of Dan Kendra, who is out for the season with a knee injury.

"It's hard to say exactly what I'm going to be feeling," the 6-foot-5, 225-pound Weinke said of his first start since a high school playoff game in 1989. "I'll be nervous. Anyone who says they're not going to be nervous for a game of this magnitude is going to be lying. I don't know how I'm going to react. For the most part I'm a calm guy, but this is something I've been waiting eight years for."