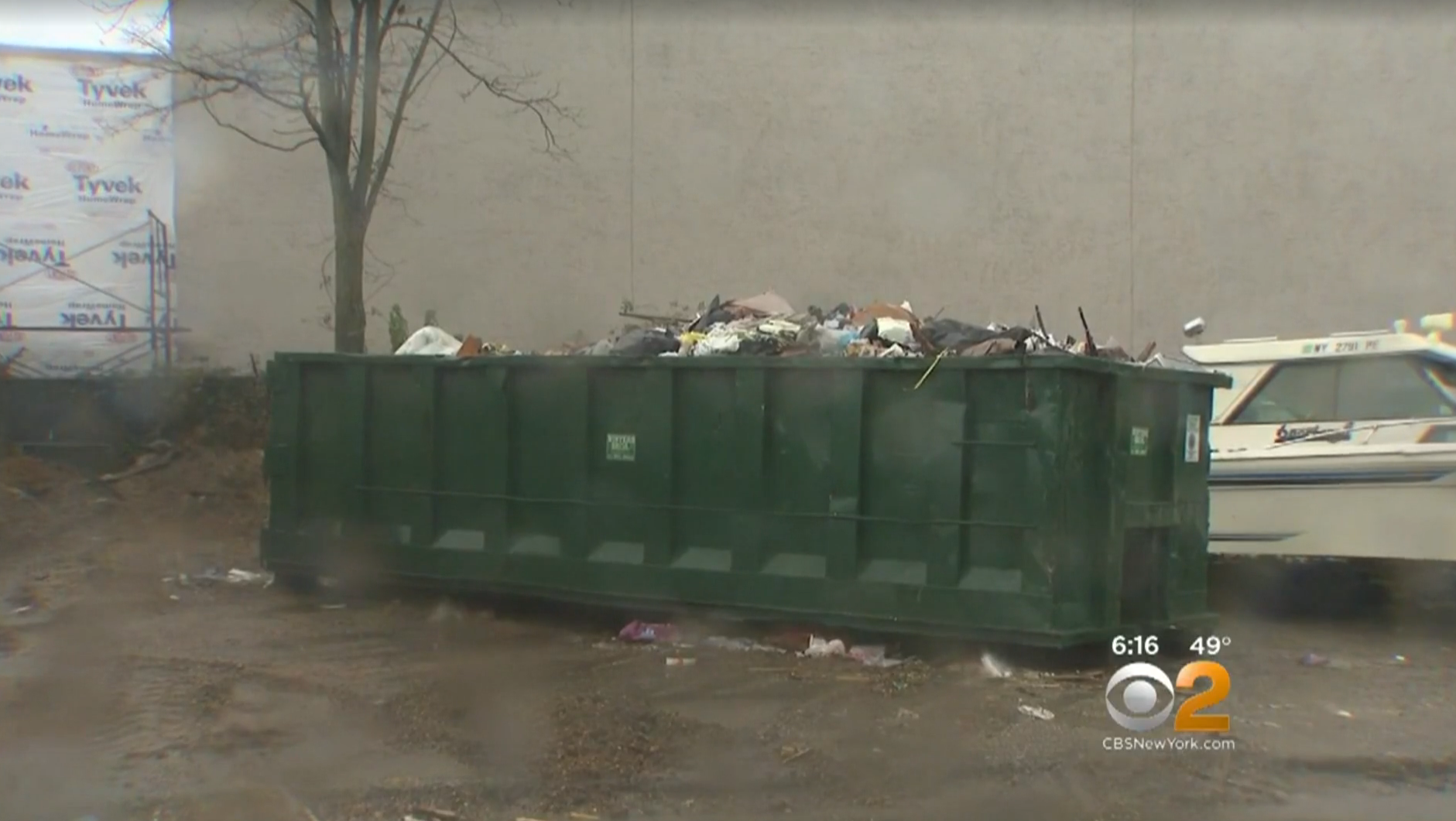 WEST BABYLON, N.Y. --A needle in a haystack may be hard to find, but a Long Island woman topped that when she lost her wedding rings in a pile of garbage, CBS New York reports.

Colleen Dyckman panicked Monday morning when she realized she must have accidentally swept her engagement ring and wedding band into the garbage while cooking, CBS New York reported.

“I knew in an instant I threw them out, because I knew I had cleaned the night before,” she said.

Dyckman frantically followed her garbage truck to the Babylon town dump, where she tearfully begged workers to stop before her trash and treasure were incinerated.

“She was visibly upset, she was ripping through garbage, disgusting stuff,” Jeremy Aretakis, of the Town of Babylon Recycling Center said.

Eight employees joined Dyckman and her husband as they searched through a mountain of muck.

“She didn’t stop, so none of us stopped,” Aretakis said.

They looked for the $5,000 rings that were placed on her finger with love nearly 20 years ago.

After about four hours, with hopes waning, her trash bags surfaced, but there were no rings inside.

“I said, ‘I’m just doing to double check,’ and I double checked and opened one up and wow — the ring,” she said.

Buried between soggy cereal and slimy meat was the diamond in the rough.

“I started crying and hugging her,” Dyckman said.

“I was saying to myself, ‘I hope I find this ring,’ so I’m happy I found it, I really am,” Weather said.

“It was beautiful, it was like out of a movie,” Aretakis said. “One of the coolest things I’ve ever seen in my life.”

The Dyckmans couldn’t thank the crew enough. They gave them all credit, plus boxes of pizza brownies.

Now, the rings are back where they belong.

“I wanted to give up, but they never did,” Dyckman said. “It’s like my faith in humanity is restored.”

Workers said they often dig through the dump, but rarely for something that’s so small and precious.