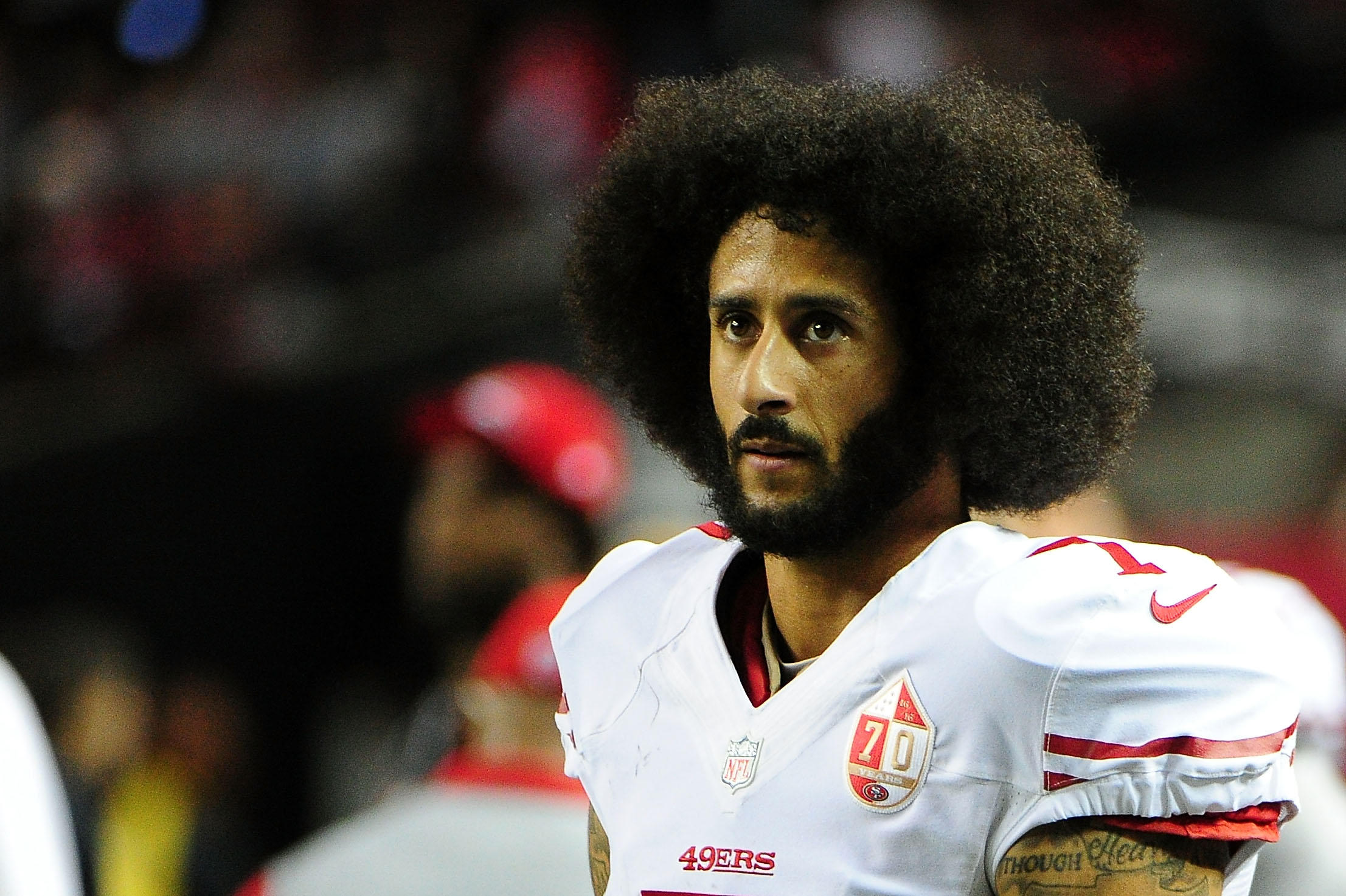 NEW YORK -- Former San Francisco 49ers quarterback Colin Kaepernick filed a grievance against the NFL on Sunday, alleging that he remains unsigned as a result of collusion by owners following his protests during the national anthem.

Kaepernick started a national conversation about political activism by athletes last season when he decided to sit, and then kneel, during the anthem to bring attention to mistreatment of African-Americans by police. Other players have continued the protests this season, prompting an angry response from President Trump, who said players should be fired for not standing during the anthem.

Kaepernick opted out of his contract with the 49ers this past offseason, CBSSports.com writes, but General Manager John Lynch later confirmed the team was planning on releasing him regardless of the decision Kaepernick made.

Mark Geragos, one of Kaepernick's attorneys, said in a statement posted on Twitter on Sunday that he filed the grievance "only after pursuing every possible avenue with all NFL teams and their executives."

"If the NFL (as well as all professional sports leagues) is to remain a meritocracy, then principled and peaceful political protest -- which the owners themselves made great theater imitating weeks ago -- should not be punished," Geragos said in the statement, "and athletes should not be denied employment based on partisan political provocation by the executive branch of our government. Such a precedent threatens all patriotic Americans and harkens back to our darkest days as a nation."

San Francisco safety Eric Reid, Kaepernick's former teammate, has been kneeling during the anthem before games, including Sunday's 26-24 loss at the Washington Redskins.

"I'll have to follow up with him," Reid said after the game. "It sure does seem like he's being blackballed. I think all the stats prove that he's an NFL-worthy quarterback. So that's his choice and I support his decision. We'll just have to see what comes of it."

The NFL players' union said it would support the grievance, which was filed through the arbitration system that's part of the league's collective bargaining agreement.

The National Football League Players Association issued a statement Sunday which said it "has a duty to assist Mr. Kaepernick as we do all players and we will support him."

"We first learned through media reports today that Mr. Kaepernick filed a grievance claiming collusion through our arbitration system and is represented by his own counsel. We learned that the NFL was informed of his intention to file this grievance before today," the statement said. "We are scheduling a call with his advisors for early this week."

"Colin Kaepernick's goal has always been, and remains, to simply be treated fairly by the league he performed at the highest level for and to return to the football playing field," Geragos said.

CBSSports.com writes that in a league where quarterbacks are the most important currency, Kaepernick would find a job with some team. But he couldn't get a backup gig, much less a starting gig.

The Jets signed Josh McCown, the Browns traded for Brock Osweiler and drafted DeShone Kizer, the Texans pursued Tony Romo but ended up drafting Deshaun Watson and the Dolphins even dragged Jay Cutler out of retirement.