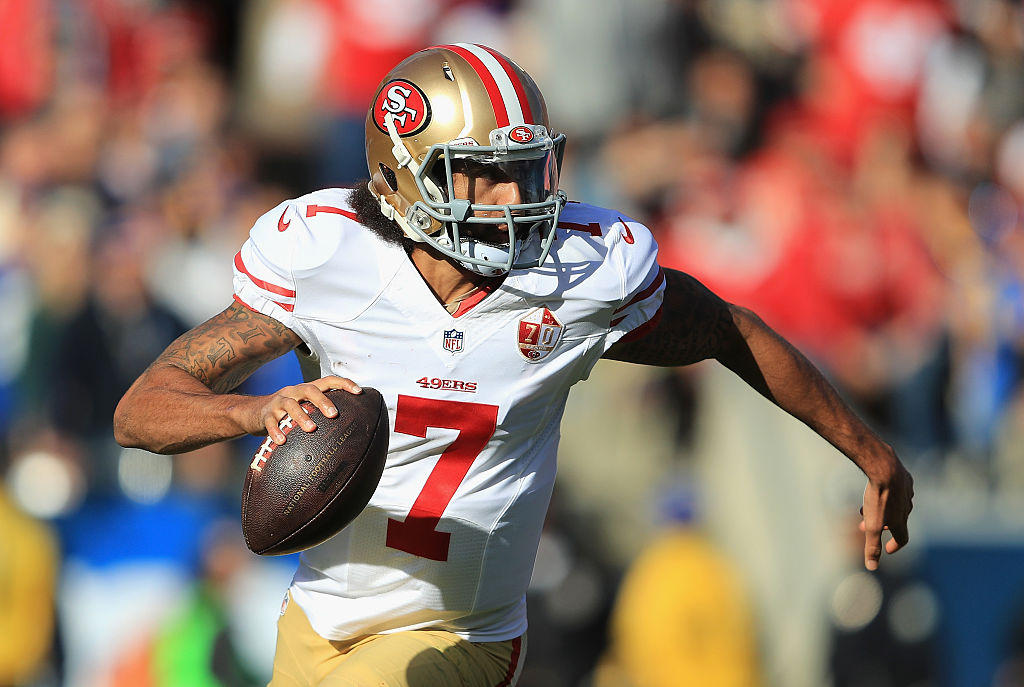 Speaking to CBS Sports' Jason La Canfora, Kaepernick says his full focus is on being an NFL quarterback. La Canfora said Sunday on "The NFL Today" that he met with Kaepernick on Saturday and the 29-year-old told him he's been working out in New Jersey hoping another NFL team will sign him.

After the segment, La Canfora clarified his televised report saying Kaepernick told him he would stand during the national anthem if he ends up on an NFL roster, saying he didn't discuss the issue with the player when they spoke.

In a series of tweets, La Canfora said he was relaying previous reports and did not ask whether Kaepernick would sit or stand during the anthem.

The reversal came after anchor James Brown asked La Canfora: "And kneeling, he said?" La Canfora responded: "He's not planning on kneeling. He's going to donate all his jersey sales and he's planning on standing for the anthem if given the opportunity, J.B."

La Canfora said on Twitter that he does not know what Kaepernick would do during the anthem.

Kaepernick later tweeted a quote often mistakenly attributed to Winston Churchill: "A lie gets halfway around the world before the truth has a chance to get its pants on."

Relying on unnamed sources, ESPN reported in March that Kaepernick would stand during the anthem if he played again. But Kaepernick has not spoken publicly about what he would do.

In 2016, Kaepernick began kneeling during the national anthem in an effort to bring awareness to racial injustice. After the regular season, Kaepernick opted out of his contract with the 49ers when it appeared he would be released.

La Canfora said the quarterback hasn't spoken publicly because he doesn't want to become a distraction and wants to let his football workouts do the talking. Kaepernick's agent has engaged with all 32 NFL teams in the hopes to strike a deal to get him back on the gridiron.

"Colin told me explicitly, 'I'll go anywhere to work out for a team -- it could be done in private -- just have an evaluator look at me and see if they think I'm a football player," La Canfora said.