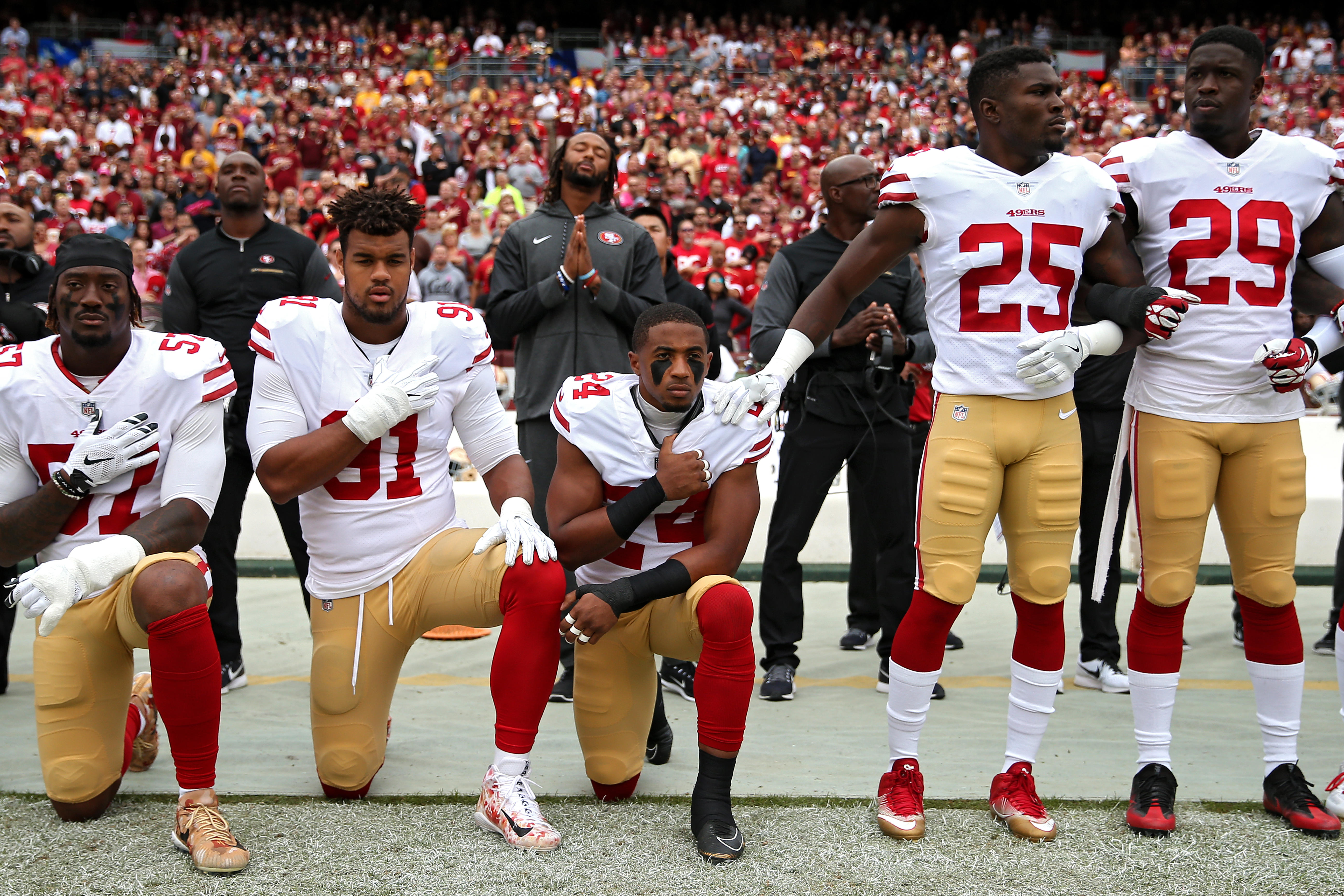 Some NFL players continued to protest during the national anthem on Sunday, after President Trump repeatedly criticized the league for its handling of the demonstrations.

Last week, a letter from NFL Commissioner Roger Goodell to team owners circulated in the media. It discussed a possible rule change that would force all players to stand while the anthem plays.

The email drew praise from Mr. Trump, who tweeted: "It is about time that Roger Goodell of the NFL is finally demanding that all players STAND for our great National Anthem-RESPECT OUR COUNTRY."

The NFL, however, disputed the president's comment without naming him, saying in a statement Wednesday that "commentary this morning about the Commissioner's position on the Anthem is not accurate," and that there would be "discussion of these issues" at an upcoming owners meeting.