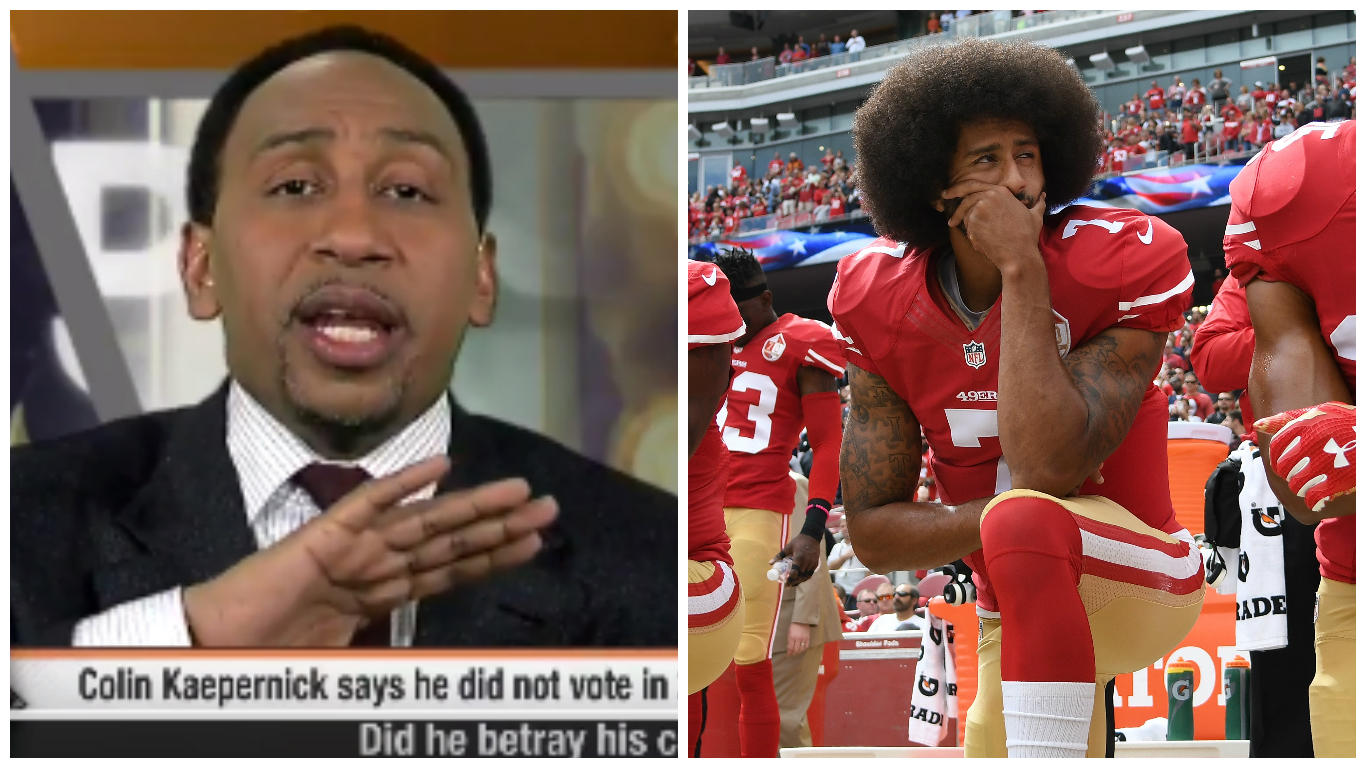 NFL quarterback Colin Kaepernick — who sparked both praise and controversy this season for refusing to stand during the national anthem — says he did not vote in the 2016 election. And that’s made some people across the country furious.

To be fair, Kaepernick has never pretended to like either candidate. After the presidential debate at Hofstra University this fall, the 49ers QB called both Hillary Clinton and Donald Trump “proven liars,” stating that Trump’s campaign slogan — “Make America great again” — is fundamentally flawed because America has never been great for people of color.

“To me, it was embarrassing to watch; that these are our two candidates,” Kaepernick explained in an October interview with CSN Bay Area. “Both are proven liars and it almost seems like they’re trying to debate who’s less racist.... You have to pick the lesser of two evils, but in the end, it’s still evil.”

When Election Day came, however, Kaepernick did not “pick the lesser of two evils.” He didn’t pick anyone at all. So, on Wednesday, just hours after President-elect Donald Trump declared victory in the 2016 election, ESPN personality Stephen A. Smith let Kaepernick have it.

“Colin Kaepernick, after all this noise that you made — even though you didn’t intend to do so — offending our military servicemen and women, and pointing out about how you wanted to bring attention to racial injustices and beyond in this country,” Smith argued on ESPN2’s “First Take.” “To turn around and not to even take your behind to the polls to vote for a particular candidate? It is shameful. Absolutely shameful.”

“For me, it was something that I couldn’t see another ‘hashtag Sandra Bland, hashtag Tamir Rice, hashtag Walter Scott, hashtag Eric Garner,’ the list goes on and on and on,” Kaepernick told ESPN back in September. “At what point do we do something about it? At what point do we take a stand and as a people say this isn’t right? You have a badge, yes. You’re supposed to be protecting us, not murdering us, and that’s what the issue really is and we need to change that.”

The problem now is that Kaepernick said he wanted to change things, but when it came time to vote in the hope of doing just that, he did nothing at all. What’s more, the issue of police shootings actually became something of a lightning rod in both candidates’ campaigns, with Clinton aligning herself with the families of those shooting victims, and Trump aligning himself with officers in blue. With that in mind, voting might have been a very real way for Kaepernick take a stand.

“Him of all people, because of the position he took, because of the attention he brought to the issues. The fact that you don’t even have the decency to go to the polls and activate yourself in this election, as our president said, is a damn shame,” continued Smith on Wednesday. “I don’t want to hear another word from Colin Kaepernick. It’s a waste of time... Wherever he is, if he ain’t on that football field trying to throw another damn incomplete pass, do me a favor and make sure of one thing: Take the camera away from him. It means nothing. Because for him not to vote, as far as I’m concerned, everything he said meant absolutely nothing.”