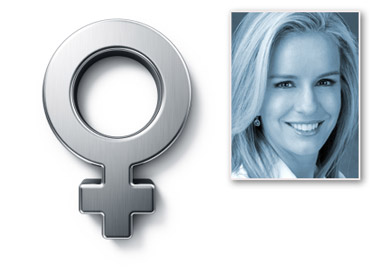 Uterine cancer is the most common cancer for women's reproductive organs. In 2009, 42,160 new cases were diagnosed, and it caused 7,780 deaths, according to the American Cancer Society.

However, a new study says your daily java fix might reduce your risk.

CBS News Medical Correspondent Dr. Jennifer Ashton, who is an OB-GYN, explained that the Mayo Clinic study found that, among the 20,000 women who participated, those who drank more than two-and-a-half cups of coffee daily were less likely to develop uterine, or endometrial, cancer compared to women who did not drink coffee at all.

Ashton said this finding "puts another notch in the column of coffee's benefits."

"Obviously, a lot more research needs to be done," she said. "This study did not find the same protective effect with other forms of caffeine, unfortunately, like chocolate or tea. But it might have to do with insulin levels or estrogen levels. It's really not clear. But, again, mounting evidence that the benefits of caffeine outweigh the risks."

Women who are at risk for uterine cancer, Ashton said, include women who have high estrogen exposure.

"(Women) who might have a late menopause, who are obese, because we know excess body fat is another source of estrogen production. Some women are infertility problems. And certainly women who have a rare, but hereditary form of a colon cancer. If you're not sure whether you're at high risk, absolutely you want to ask your gynecologist."

"Early Show" News Reader Betty Nguyen remarked that uterine cancer is treatable. But what are the symptoms?

She explained, "Over the age of 35, if you're having abnormal bleeding or an increase in discharge, a change in urinary habits or pelvic pain or cramping, absolutely you want to talk to your doctor."

Ashton said patients are screened for uterine cancer at the doctor's office with an endometrial biopsy. Ashton said the screening isn't widespread, and is usually based on symptoms and risk factors, such as a family history of the disease.

To reduce your risk, Ashton recommended watching your diet and exercising to maintain an overall healthy weight. She added that birth control pills can actually lower your risk of uterine cancer.

"Risk protection is seen up to 10 years after discontinuing birth control pills," she said. "Again, you want to balance the risk versus benefits of oral contraceptives, but that's a really good way. Breast feeding, also, can lower the risk because it drops your estrogen levels."

However, Ashton said, women should only drink two-and-a-half cups because too much caffeine can have some adverse effects on the body.