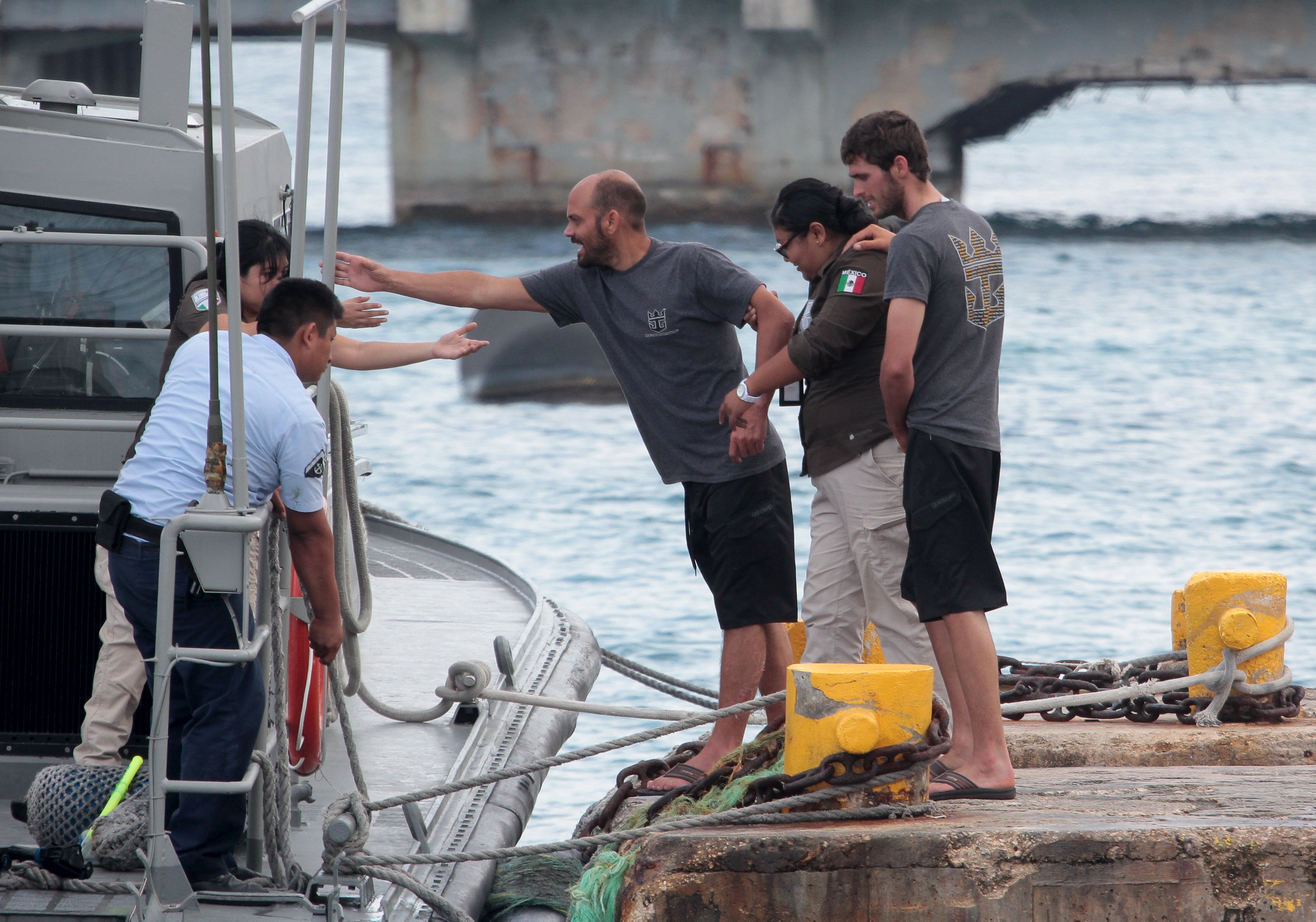 MIAMI -- Nine Cuban migrants died at sea and 18 others were rescued by a cruise ship after their 30-foot boat was found about 130 miles from the Florida coast, the U.S. Coast Guard said.

The migrants said they had been at sea 22 days. The bodies of those who didn't make it were placed overboard, said Coast Guard Petty Officer Mark Barney.

The survivors were suffering from severe dehydration, CBS Miami reported.

"They could barely walk off the vessel itself," Barney said. "They were weak and they were shaking."

The rescue by the Royal Caribbean ship took place about 130 miles west of Marco Island in southwest Florida. The migrants were in a "rustic" boat that was about 30-feet long, Barney said.

They were found by the cruise ship Brilliance of the Seas at about 7 a.m. Friday. The migrants boarded the ship and received food, water and medical treatment, Royal Caribbean said.

The company reported the event to the Coast Guard and made the decision to bring the migrants to its next port of call, Cozumel, Mexico. The cruise had departed Tampa on Thursday.

The rescue comes as President Barack Obama travels to Cuba to meet with President Raul Castro during a 2½-day visit that begins Sunday. The visit is part of Obama's efforts to normalize relations with Cuba. While the U.S. has eased travel restrictions to the island Cuba, many Cubans still risk their lives to reach the United States.

"Our deepest condolences to the families of the nine people who recently did lose their lives," said Capt. Mark Gordon, chief of enforcement for the Coast Guard 7th District, according to CBS Miami.

"Unfortunately, tragedy is all too common when taking to the sea in homemade vessels with no safety or navigation equipment," Gordon said. "The dangerous waters of the Florida Straits can be unforgiving for the unprepared on ill advised and illegal voyages. Immigration policies have not changed and we urge people not to take to the ocean in unseaworthy vessels. It is illegal and extremely dangerous."

"The Coast Guard has observed a steady increase in illegal maritime migration attempts from Cuba to the southeastern U.S. since the U.S. announcement of normalized diplomatic relations with Cuba in December 2014," the Coast Guard said in a press release. Last month, 269 Cuban migrants attempted to reach U.S. shores and about 2,420 have tried to reach the United States by sea since last October.

On the same day Royal Caribbean rescued the group it found, the Coast Guard returned 42 other migrants to Cuba after they were picked up in the Florida Straits in two separate incidents earlier in the week.