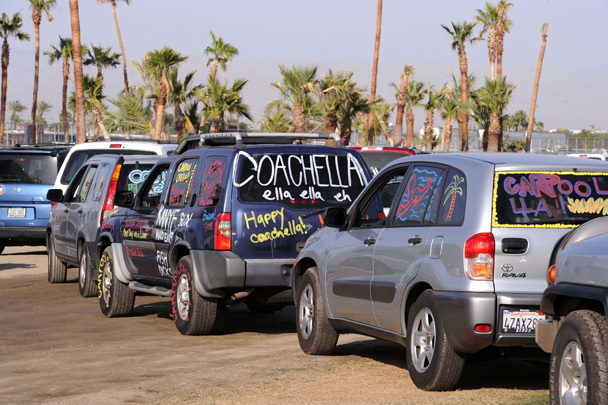 (CBS) Coachella fever has hit America and stars are booking it to Indio, Calif., for the musical event of the year.

Scarlett Johansson, who performed at Coachella in 2007, is rumored to be attending this year with new beau Sean Penn, along with Glee stars Lea Michele and Darren Criss.

Whitney Port and "Cougar Town" star Busy Philipps have been tweeting about their outfits they'll be wearing to Coachella, offering helpful tips to those who are also making the trek to the desert for the show.