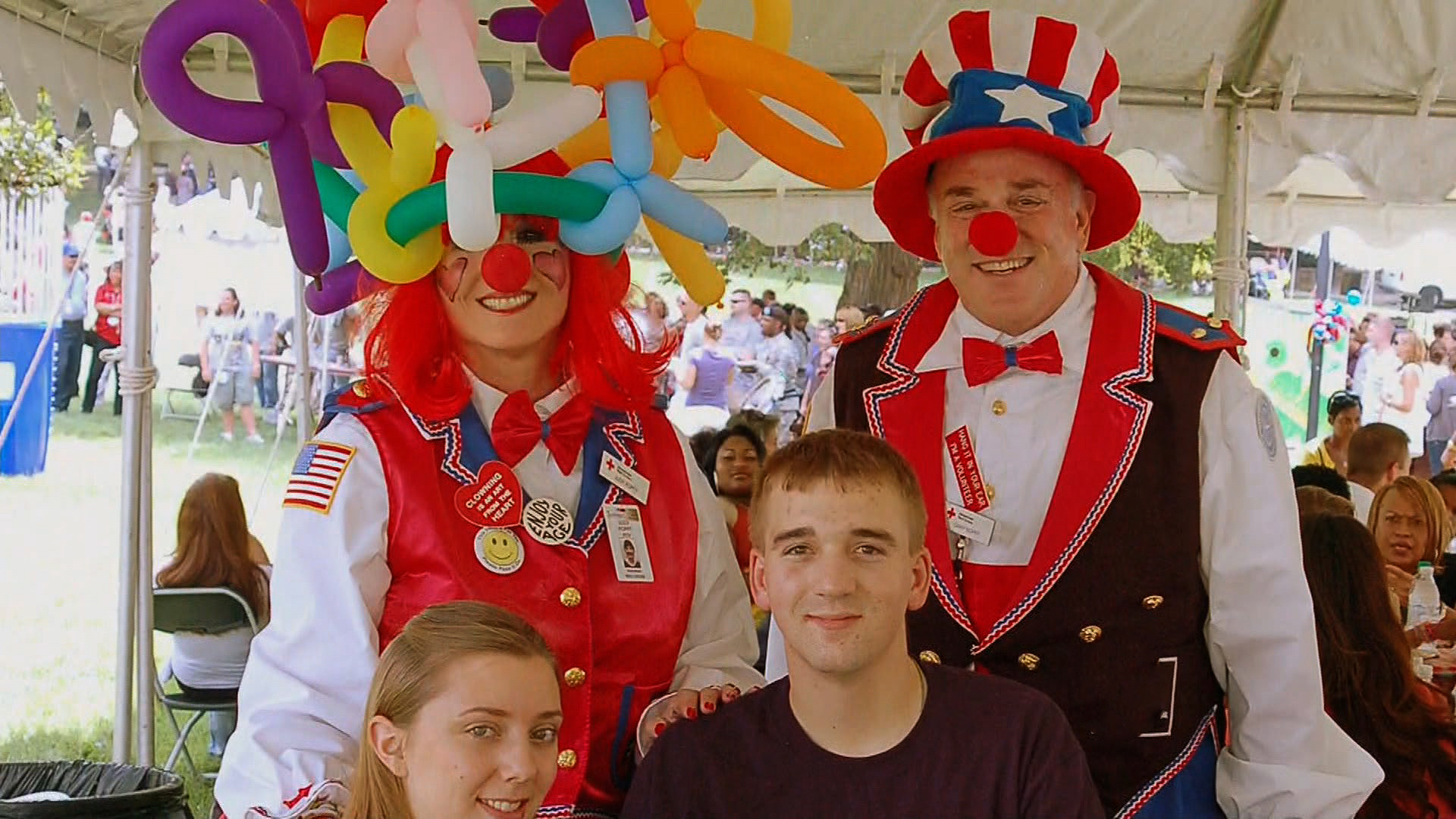 (CBS News) WASHINGTON - A common question that consumes a lot of people in the nation's capital is what they might do for a living after their government jobs end. We've met some folks who found the answer in red noses and big feet.

Judy and Gary Kopff may be one of the few couples you will meet who don't mind when you call them a "couple" of clowns.

They've been dressing up like this for years. They don't get paid for the work they do.

"We hope to generate a little bit of laughter and giggles amongst the children," said Gary.

It all started while Judy worked as a Pentagon chief of staff organizing logistics for the Iraq and Afghanistan wars. She and Gary, a Fannie Mae executive, needed a way to live without something they wanted -- more than anything.

"In the mid 1980s, I did in vitro five times," said Judy. "I found out after the fifth invitro I could never bear or conceive children of my own.

They tried surrogacy and adoption. But when those options failed, they moved on. That kind of heartbreak led to moments like this one today: opportunities to bring smiles to the children of Wounded Warriors.

They entertain the children with their balloons and magic tricks.

"These are probably the most usual clowns I've pretty much seen in a while," said Peyton Opelt, the son of a Wounded Warrior.

And it helps parents like Melodie Heyword. "It's extremely important taking care of them from day to day as a single parent," said Heyword. "This program helps me a lot tremendously."

Added Judy: "It was much more important to volunteer with children because of the void that I felt in my heart...even though we don't have children we've still had a lucky life."

The tears of a clown mixed with laughter and smiles.